Contemporary processors, including AMD Athlon, usually have fixed a multiplier that relates internal and external frequencies. Because of this, overclocking of Athlon typically is achieved by increasing external frequency.

Athlon has significant technological reserve that provides the possibility of using overclocking modes. Overclocking generally is accomplished by increasing FSB (EV6 bus) frequency. The limit of this frequency — and, consequently, the limit of performance growth for the entire computer system — depends on the motherboard used in the hardware configuration.

Athlon requires a specialized motherboard with chipsets that support the processor. Such a motherboard ensures stable operation of operation of Athlon if 235 W or higher power supply units are used.

The results of performance investigations conducted for overclocked computers based on Athlon processors are provided in the following sections. 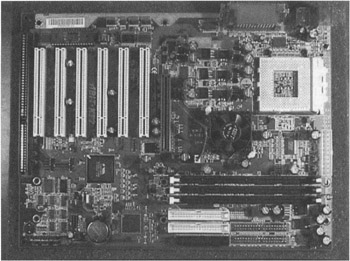 The Titan TTC-D2T cooler (Fig. 18.56) was used in the test configuration. This cooler ensures efficient cooling of Thunderbird-based Athlon and Duron. Control over the fan is ensured by the built-in hardware-monitoring tools of the VT82C686A chip. 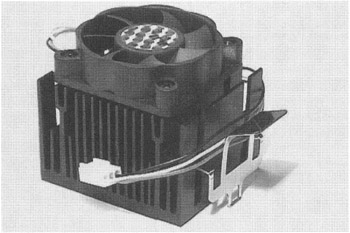 The processor temperature was controlled using the hard thermal sensor on the motherboard (Fig. 18.57) and hardware-monitoring tools. 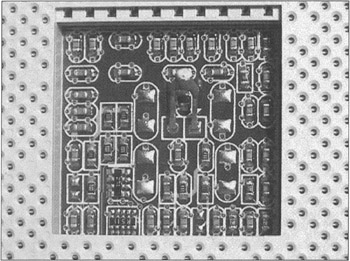 Overclocking by Increasing the FSB Frequency 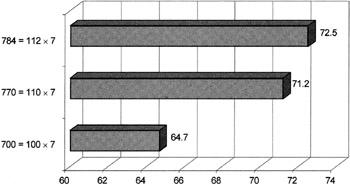 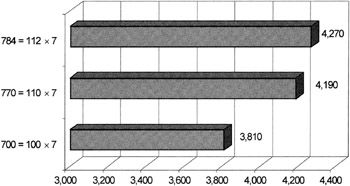 Overclocking by Changing the Multiplier

Thunderbird-based Athlon has a fixed multiplier. The Abit KT7 motherboard used in this test belongs to a group of motherboards that provide the possibility of changing the multiplier. Although AMD has limited this capability by cutting the L1 bridges on the surface of the processor case, the processor used in this experiment had closed L1 bridges.

Thus, this specific processor did not require restoration of the L1 bridges (Fig. 18.60). 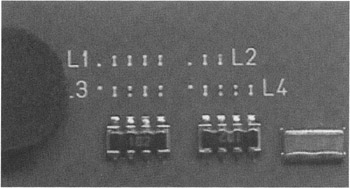 Figure 18.60: Bridges on the Athlon processor

The overclocking parameters were chosen and set in BIOS Setup using SoftMenu. The overclocking results, as well as the chosen modes, are presented in Table 18.27 and in Figs. 18.61 and 18.62. 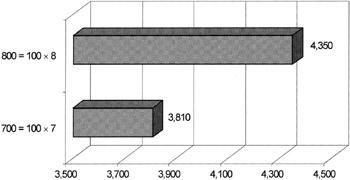 Overclocking via the Bus and Multiplier

Maximum performance levels are achieved by choosing the optimal processor frequency at the best multiplier value.

The results of overclocking Athlon using this approach are in Tables 18.28–18.30 and in Figs. 18.63 and 18.64. Although Athlon could be overclocked only to 825 MHz, a significant improvement in system performance was achieved. 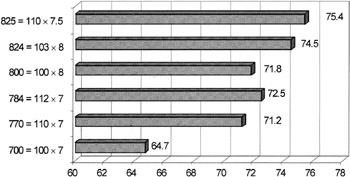 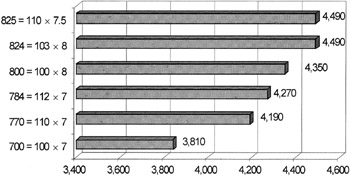