Intel Celeron processors based on the Northwood core are manufactured according to 0.13-micrometer technology. They have a smaller amount of L2 cache memory than Pentium 4 processors based on the same core. These processors have significant technological reserve and, consequently, high overclocking potential. Testing has shown that most models can be overclocked to frequencies exceeding the nominal 50%.

The overclocking mode was set in BIOS Setup using the SoftMenu III technology. The processor-bus frequency was increased 50% to 150 MHz. The data-transfer rate via the processor bus reached 600 MHz (4 × 150 MHz). The processor frequency was increased from 2 GHz to 3 GHz (Fig. 18.49). No steps for additional cooling of the processor were taken. An additional fan was installed in the system unit case, which blew out the hot air. Because DDR266 memory was used in this configuration, to ensure stable operation at 150 MHz, it was necessary to increase the voltage supplied to the memory 0.5 V. 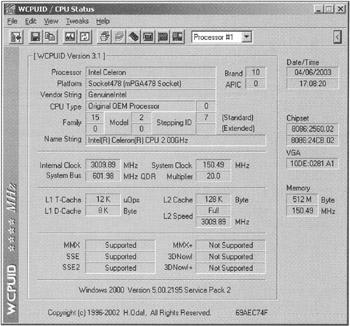 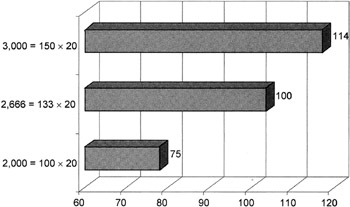 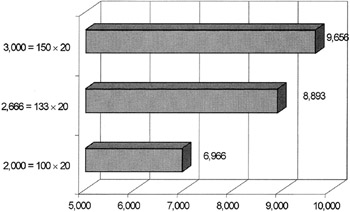 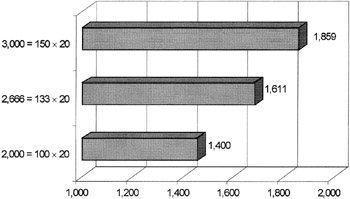 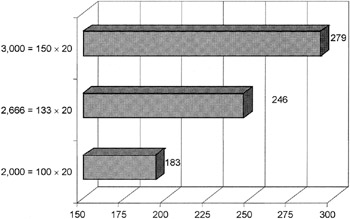