The professional responsibility aspect of project management practices is increasingly receiving a greater amount of attention, primarily because it is being recognized that the behavior and performance of these professionals impact the profit “loss status of the organization in significant ways. Given that professional responsibility is an individual issue, fundamentally it stays unchanged independent of whether the professional is a member of a traditional team or a virtual team. However, the project management professional may have to use modified means in order to discharge these responsibilities when working on a virtual team. Virtual teams create novel ethical and professional situations, whose solution requires exceptional forethought and extraordinary due diligence. The areas of distinction are founded on those behavioral features that make virtual teams a different entity from traditional teams, such as people interaction issues of the team. There is no question that seasoned project managers will be able to adapt to the new ethical situations reasonably well. However, a set of standards, procedures, and guidelines will illuminate the path even to those who have recently entered the profession.

The project management tasks and operations must be guided by two sets of policies and guidelines. One set addresses the project management processes, namely initiate, plan, execute, control, and close (Figure 6.1). These processes address the discipline-independent as well as discipline-specific issues. They are usually clear and relatively straightforward, at least once the team members become fully familiar with all of the steps of these processes. These processes in turn cover all project management knowledge and performance areas. However, the manner in which these processes are conducted and the nature of their impact on project stakeholders are usually tempered by subtle personality attributes of the performing team member, which in turn are influenced by the virtuality of the team. The second set relates to the behavioral attributes, which are driven by the team member's interpretation of the legal, ethical, and moral implications of the project's actions and decisions (Figure 6.2). 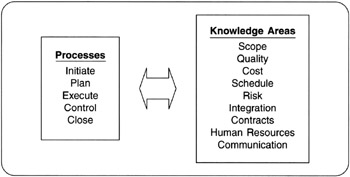 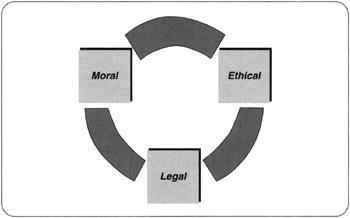 Figure 6.2: Determinants of Right and Wrong

The requirements for a code of conduct and/or guidelines for acceptable and reasonable behavior are more imperative in the virtual environment than they would be in traditional teams. Generally, codes of professional conduct are based on fundamental beliefs that are formulated in keeping with the following duties and obligations:

In most cases, the code of conduct is drafted for the membership of an organization on the basis of the above tenets in a series of do's and don'ts. One of the shortcomings of the listing of do's and don'ts is that it is near to impossible to envision all possible scenarios. Therefore, frequently the practicing professional is placed in a position of falling back on his or her own sense of right and wrong. Beyond the items listed above, or as a foundation for proper discharge of the above duties, the project professional would be expected to exhibit personal good-character attributes, such as truthfulness, honesty, integrity, and honor .

An unfortunate reality of all codes of ethical conduct is a section dedicated to disciplinary actions. This section typically highlights the means for characterizing a certain behavior as unethical. It then proceeds to outline remedies for situations where the professional has violated one or more of the elements of the code. The disciplinary actions can be predicated on those behavioral symptoms that violate the letter of the code and/or those that violate the spirit of the code.

The virtual team should develop a team-specific code, or modify a typical code, at the beginning of the project when the team is first formed . This code, and the collaborative process of developing it, would foster a collective awareness of responsibility among the project team. It has been shown that team members will observe the team-specific code of conduct if personal responsibility is stressed in the meetings at the start of the project (Guss, 1997). A shared set of values and beliefs, as espoused in such a code of conduct, can help guide team members in situations in which the decision-making process is not straightforward. By being aware that there is a shared set of values and beliefs, it is easier to promote a true sense of a professional community in project management (Wang, 2002).

Given that virtual teams are new entities, and that the behavior of virtual team members was not specifically addressed in these studies, the following questions rise to the surface:

This chapter addresses some of the issues and concerns that virtual team members must face as they maintain a high level of professional responsibility in their project activities. The structure used for this chapter follows the skills statements of the above studies (Figures 6.3 and 6.4).