The upgrade process for DotNetNuke is very similar to the installation process. It contains an automated process but with fewer steps because the infrastructure is already in place. Here's what to do: 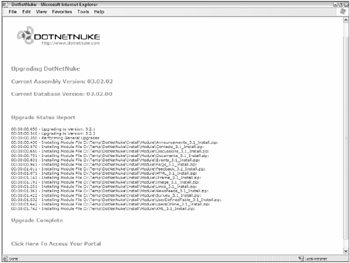 The upgrade process logs significant events on the page. Take a look at the steps performed: