I ve already discussed the fact the PDF files are based upon the document language called PostScript. PostScript is our preferred language because it is sophisticated and powerful enough to allow us to perform tasks such as scaling, stretching and rotating type, stroking and filling graphics, working with both pixel- and vector-based images, and performing sophisticated printing chores such as separating colors. PostScript, which was developed by Adobe, has become the graphics industry standard language for creating and outputting complex pages and is the foundation of a PDF file.

The PostScript language is the background code describing what is in the document, much like HTML code is the behind-the-scenes code that creates a web page. Below is a section of PostScript code ”Distiller converts this code into a viewable and editable PDF file.

The PostScript code is contained in a PostScript file. You create this PostScript file by printing (or saving) a file to disk rather than sending it directly to a printer. A PostScript file, although it is straight ASCII and can be edited within a plain-text editor, will typically have a .ps (Macintosh) or .prn (Windows) file extension. 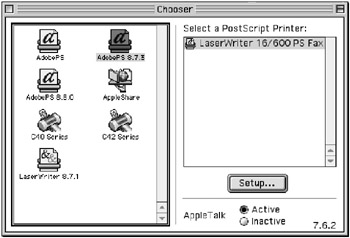