Rock-a-bye baby in the tree top, when the wind blows the cradle will rock…

What image does this familiar song bring to mind? Can you imagine a nursery, with a mother cradling her baby as she gently rocks it to sleep? In that moment of peace and warmth, the cares of the world are washed away. Imagine quiet music playing from a mural over the crib, a soft white light shining from a lamp nearby. What memories or feelings does this scene arouse? Music affects our temperament, and it often affects our mood without our knowledge.

Do you recall the last suspenseful movie you watched? In such movies, right before the antagonist is about to strike, the scene is accompanied by suspenseful music, which affects your impression of what will happen in the scene (or at least gives you the suspicion that something is about to happen). Background music is used in many forms of entertainment to affect an audience's mood. This chapter will familiarize you with the features of DarkBASIC related to music. It is closely related to Chapter 13 because you can use both sound effects and music to affect mood and change the impression that one gets from a scene in video games and in motion pictures. Specifically, this chapter will show you how to load and play music files, including CD-ROM music tracks, MIDI files, and MP3 files.

Take your mind's eye back to one of your favorite TV shows. What sticks out the most about that show? Most people would tend to say that it was funny or it had a good story line, but rarely do you hear people mention the background music. The background music, however, is a key component to any form of entertainment. It definitely helps you visualize another place and time using a concept called suspension of disbelief, in which, for a short time, you are fully immersed in a game (or a TV show or a movie, as the case may be). If you are able to accomplish this esoteric manipulation of another person's mind using your own imagination, then you have succeeded in making a great game. A video game without background music is like a room without dcor: It is still a room, but it is not quite the same without the furnishings. Figure 14.1 illustrates the difference between a room that has no mood (so to speak) and a room that reflects a mood. Try to think of the background music for a game in terms of a room that is furnished compared to a room that is bare. 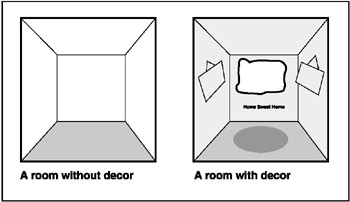 Figure 14.1: A furnished room is to an empty room as a game with music is to a game without music.

The Benefits of Background Music

Background music can set a mood. Just like a window with light coming through it sets a lighter tone than a room with no windows, background music helps to set the feeling in a game. If an evil alien is chasing a player, the game music should probably be something fast-paced to get the heart pumping. Or, if the character falls in love with another character, the music should reflect a romantic mood.

Setting the Mood for the Game

How do you choose what mood you want to set for a game? This is simple, but hard at the same time. If your game were full of alien bad-guys that you are shooting out of the sky, your mood would be panic. If you were writing an adventure between two star-crossed lovers, your mood would be romantic. The best way to decide a mood is to look at the overall picture you are producing. After you've decided that, picking the music is pretty easy. Trust your tastes in music. If the music makes you feel happy, put it in a happy part of your game. If it makes you sad, put it in a sad part.

All this talk about background music has probably made you wonder, "Okay, how do I make this music?" DarkBASIC uses a file format called MIDI (Musical Instrument Direct Interface) to load background music. It is a collection of music notes stored in a file. MIDI is to a computer as sheet music is to a pianist. The normal extension of a MIDI file is .mid.

MIDIs are generally created using a combination of software and hardware. A good piece of professional software is a program like Cakewalk's Sonar. A good piece of professional hardware is a Yamaha synthesizer. Most people, however, cannot afford such high-grade stuff, so there are alternatives. You can find many low-cost software alternatives by searching the Internet for MIDI software. You can also find a good sound card and a cheap synthesizer to handle the hardware side. I use a Casio keyboard with the Sound Blaster Live audio card in my computer. Figure 14.2 shows a typical setup for recording MIDI files using a keyboard. 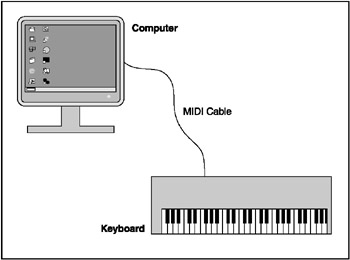 Figure 14.2: A typical setup for creating MIDI files involves a PC and a MIDI keyboard.

You can also find MIDIs on the Internet. You don't have to generate the songs yourself to get good ones; just doing a search on the Internet can be fruitful.

In the music world, there is always a fight between which format is better—MIDI or MP3. DarkBASIC only supports MIDI, but DarkBASIC Pro supports MIDI and MP3.

MIDIs are smaller than MP3s because they store no digital sound. A MIDI song is more like a piece of sheet music than a digital recording. Depending on your sound card, MIDIs can sound really good or really bad. In the old days (in the early-to mid-1990s), sound cards would synthesize (or generate) the instruments used in a MIDI. My Sound Blaster Live card makes MIDIs sound really good because it uses digitized instruments instead of synthesized ones. The sound card contains pre-recorded WAV files that represent each instrument.

MP3s are more popular today then MIDI files because they are a highly compressed digital sound format. MP3s with good compression can run near CD-quality music at about 1 megabyte per minute (44 kHz, 16 bit). You can find MP3s all over the Internet, in most offices, and even in some of your favorite games, such as Age of Empires 2. MP3 format achieves such small file sizes by removing any sound that the human ear cannot hear.

Why use one format instead of the other? If you are concerned about space in your game, a good way to save some room is to use a MIDI instead of an MP3. If you are using a good-quality sound card, a MIDI will be about 30 kilobytes for a three-minute song, whereas the same song in MP3 format will be about 3 MB. However, because a MIDI is more like sheet music, it might not be suitable for all situations. For example, any instrument that is not loaded into the sound card will not play. Therefore, if you need instruments not readily available via MIDI, your best bet is to use the MP3 format.

The DELETE MUSIC command removes a MIDI file from a specific music number. This is useful when you are trying to conserve memory because it frees up a music number. The format for this command is

Now you will attack the most important background music commands—the playback commands. They are pretty simple, yet very powerful. They give you control over the state of the background music.

The PLAY MUSIC command starts a music number playing. This command always starts at the beginning of the music and plays to the end. The command format is

Here is an example of how to use the PLAY MUSIC command:

The LOOP MUSIC command starts a music number playing and looping. This command always starts at the beginning of the music, plays to the end, and loops back to the beginning. The command format is

The STOP MUSIC command stops any music number that is playing or looping. After a music number is stopped, it will only play from the beginning again. The syntax for this command is

The PAUSE MUSIC command pauses any music at the point at which it is playing. The command format is

Following is a short snippet of code that demonstrates how to use the PAUSE MUSIC command.

The RESUME MUSIC command resumes playback of a song from the position where it was previously paused. The command format is

Here is an example of the RESUME MUSIC command:

Some of the most important commands in music playback are the music playback properties. These give you limited control over what music is playing and when. They are useful when you are trying to determine the status of the music.

Checking the Validity of a Song

The MUSIC EXIST command determines whether a song has been loaded into memory in the slot specified by the Music Number parameter. The command returns a 1 if the song exists or a 0 if it does not. The syntax for this command is

Determining When a Song Is Playing

Here is a snippet of code that demonstrates how to use the MUSIC PLAYING command:

The MUSIC PAUSED command lets you know whether the music number is paused. Pausing music can be a good dramatic effect. The command format is

Here is an example of how to use the MUSIC PAUSED command:

Sometimes it is preferable to use a physical CD audio track for music in a game in order to play back music at the highest possible quality. Neither MIDI nor MP3 files provide the quality or range of sound possible with CD audio. Well, you are in luck! DarkBASIC supports playing CD tracks as background music. You could even use this feature to write your own CD audio library program. Who knows? The possible uses for features such as CD audio (not to mention MP3 playback) are endless.

Using CD audio tracks is just like loading a MIDI file for playback. The music commands apply equally to CD music and MIDI or MP3 files. DarkBASIC is smart enough to remember the format of the music referenced and play it accordingly.

The LOAD CDMUSIC command loads a selected track as your background music. You can only load and play one CD track at a time. If you want to change tracks, you have to delete the old track first, and then load the new track. The syntax for this command is

Now that you have been exposed to DarkBASIC's music-playing capabilities, it's time to put that knowledge into action! The next section of source code is a simple program called MusicJukebox. This program plays MIDI files, MP3 songs, or CD audio tracks. You can use the up and down arrow keys to scroll through the music selection. You can also use the mouse to select the music. Table 14.1 shows the commands that control the MusicJukebox program, and Figure 14.3 shows the output of the program. 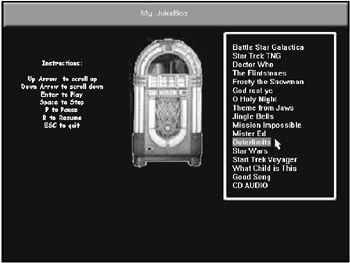 Figure 14.3: The MusicJukebox program loads and plays songs that you choose.

The source code for the MusicJukebox program includes three support functions. The first function, LoadAllMusic, reads data into several arrays. The second function, DisplayTitles, refreshes the song list for the highlighted song. The third function, GetNewSongName, reads the song under the mouse so it can be highlighted.

In this chapter, you learned the mechanics of playing music in DarkBASIC. DarkBASIC has a thorough selection of commands for loading and playing MIDI files, MP3 files, and CD audio tracks. You learned the importance of setting the mood in a game, as well as how music and sound effects greatly enhance (or detract from) the impression that a game has on players. Enjoy the new power of music you have found within DarkBASIC!

Part I - The Basics of Computer Programming