Every driver, whether it runs in user mode or kernel mode, must implement certain functions and use certain objects, as follows:

After the driver creates the driver object, device objects, queues, and additional support objects, the working structure of the driver-its internal infrastructure-is in place and initialization is essentially complete.

Although both UMDF drivers and KMDF drivers require the same kinds of objects and structures, the implementations differ in many details, as described in this chapter.

Every UMDF driver must do the following:

In addition, every UMDF driver creates one or more I/O queues. Each queue has a corresponding callback object that exposes callback interfaces for the I/O events that the driver handles. Drivers can also create additional objects to support any other requirements.

The IDriverEntry interface includes methods that initialize and uninitialize the driver and create a device object when the device is added to the system. The framework calls these methods when the driver is loaded or unloaded and when the PnP manager enumerates one of the driver's devices. 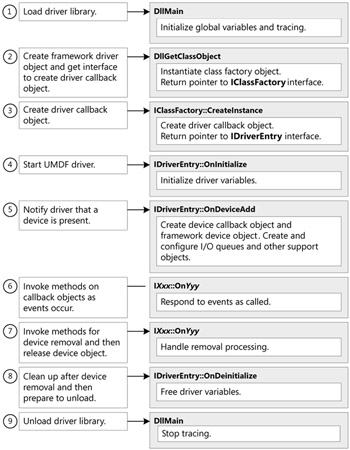 Figure 6-1: Flow of control for a UMDF driver

When Windows starts, it loads the UMDF driver manager and the following actions occur:

Tip  See "DllMain" on MSDN for more information about DllMain-online at http://go.microsoft.com/fwlink/?LinkId=80069.

Currently, UMDF loads the drivers for a single device stack into a host process. Therefore, the DllGetClassObject function and IDriverEntry::Xxx methods are called only once for each device. Another device that uses the same driver loads in a different host process and these initialization functions are invoked again.

For this reason, IDriverEntry::OnInitialize might seem superfluous. The driver is only loaded once, so why not do all of the driver initialization in DllMain or in the driver class constructor?

The system places certain restrictions on what a DLL can safely do in DllMain, so it's best to do as little as possible in that function to avoid the risk of deadlocking the loader. Use the driver class constructor to create a clean driver callback object, and use IDriverEntry::OnInitialize to perform any driver-wide initialization that OnDeinitialize later cleans up.-Peter Wieland, Windows Driver Foundation Team, Microsoft

A KMDF driver consists of a DriverEntry function that identifies the driver as based on KMDF, a set of callback functions that the framework calls so that the driver can respond to events that affect its device, and other driver-specific utility functions. Every KMDF driver must have the following:

A minimal KMDF driver for a simple device might have these functions and nothing more. The framework implements default power management and Plug and Play operations, so drivers that do not manipulate physical hardware can omit most Plug and Play and power management code. If a driver can use the defaults, it does not require code for many common tasks. The more device-specific features a device supports and the more functionality the driver provides, the more code the driver requires.

To see just how simple a loadable, working KMDF driver can be, look at the Simple Toaster sample's Toaster.c file. This file contains all of the source code-except for the header files-for the Simple Toaster. It creates a device interface and an I/O queue and can handle read, write, and device I/O control requests-all in fewer than 400 lines of code.

A non-Plug and Play driver can optionally register an EvtDriverUnload callback. The driver cannot be unloaded if it does not supply the callback. 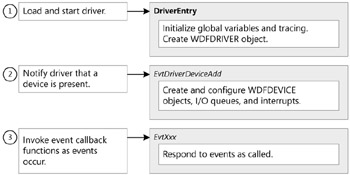 Figure 6-2: Flow of control for a KMDF driver

When Windows loads a KMDF driver, the driver is dynamically bound to a compatible version of the KMDF runtime library. The driver image contains information about the KMDF version against which it was built: