You do not need to be an electrical engineer or even a PC technician in order to use Linux or any other operating system. However, it is important that you have a basic understanding of PC hardware. It’s going to be hard for you to configure your operating system if you don’t even know what the parts to your PC are. This appendix is designed to help readers who don’t have this knowledge. If you already have a basic knowledge of PC hardware and terminology, then you can skip this appendix.

First of all, in case you were not aware, PC is short for personal computer. People sometimes refer to the basic box (the one you plug the keyboard and monitor into) as the CPU. This is really inaccurate. This box contains the CPU, but itself is not the CPU. A more appropriate name would be to call it the system. There are lots of parts that you would find if you opened up your PC, and we will discuss each of these parts in this appendix. The primary parts are summarized in Table D.1 and covered in more detail later in this appendix. 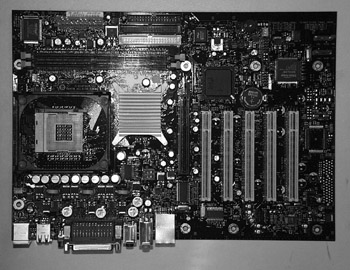 A CPU, or central processing unit, is a chip that essentially does the thinking for your PC. All the PC’s instructions are ultimately carried out by the CPU. The choice of CPU for your computer is very important, as it will affect what software you can run. Figure D.2 shows an Intel Pentium IV CPU. A great deal of research and money has gone into developing newer and more powerful CPU chips. These chips are the heart of your computer. Perhaps the most important consideration when buying a new computer is the CPU type it has. 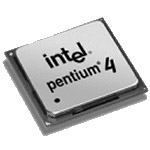 You measure CPUs based on two factors. The first is the CPU type, and the second is the speed of the processor. Originally, Intel gave numeric designations to each new generation of CPUs. One of their early CPU designs, used in the late 1980s, was the 8088 chip. These were used in IBM XT PCs and IBM XT clones, like the one shown in Figure D.3.

Subsequent CPU models were given numeric designations 80286, 80386, and 80486. These were popular throughout the early and mid-1990s. Often these PCs were simply referred to by the last three digits of the numeric designation of the processor. For example, a salesperson at a commercial electronics store might have asked you if you were looking for a 486 PC. Several other vendors created clones of Intel’s 8086 series, and Intel was looking for a way to prevent these companies from using the same name as Intel did. However, you cannot copyright a number, so Intel chose to call its next generation of chips the Pentium, a name that they could and did copyright. As the years passed, the Pentium was superseded by the Pentium II, Pentium III, and currently the Pentium IV.

Each chip generation brought an increase in the speed at which commands could be processed. The fastest 80486 chip could only process at 66 megahertz per second. Often such a PC was referred to as a 486 66 PC. The 80386 chip had never been able to do more than 20 megahertz per second. Today’s Pentium IV chips go well beyond 2 gigahertz, or 2000 megahertz, per second. Clearly this is a lot more processing speed and power. The most important things for you to remember are that the CPU is a microchip, it plugs directly into the motherboard, and it is one of the most important considerations when buying a new computer.

Your PC needs to store information. Permanent storage of data takes place on some type of drive. Your hard drive is an internal device, plugged into a controller card that is in turn plugged into your motherboard. Hard drives, depicted in Figure D.4, are measured in how many megabytes of data they can store. A megabyte is 1 million bytes, and a byte is generally eight characters. Modern hard drives have so much storage capacity that they are measured in gigabytes, or billion bytes of data. A gigabyte is 1000 megabytes. Modern hard drives range from 20 to 200 gigabytes. 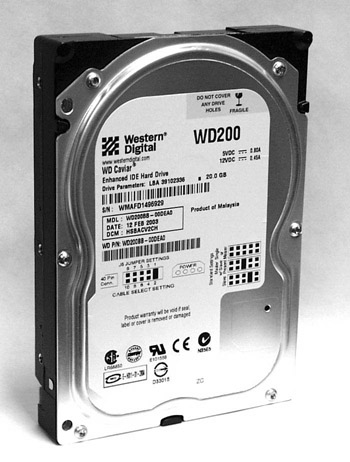 The internal workings of a hard drive are beyond the scope of this book. For our purposes, you should simply realize that, when it comes to hard drives, bigger is better. Oddly enough, the hard drive, while being important, is not as critical a decision in buying a new computer. It is relatively easy and inexpensive to replace a hard drive with a bigger one, or simply to add on an additional one, in conjunction with the existing one. This means that if you err and get too small a hard drive when you buy a computer, it’s fairly easy to fix later.

In addition to permanently storing data in an internal hard drive, you may frequently wish to store data on some external media such as a floppy disk or CD-ROM. Both of these require drives. A floppy drive or CD-ROM drive will plug into a controller card that is mounted on the motherboard. Often this is the same controller card that the hard drive plugs into. A floppy drive is shown in Figure D.5, and a CD-ROM drive is shown in Figure D.6. 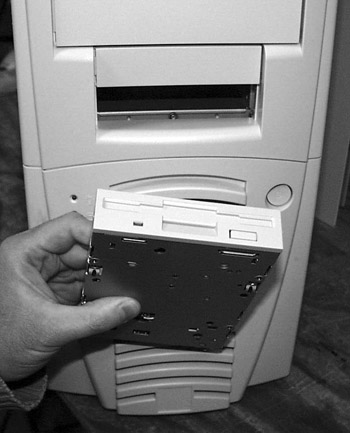 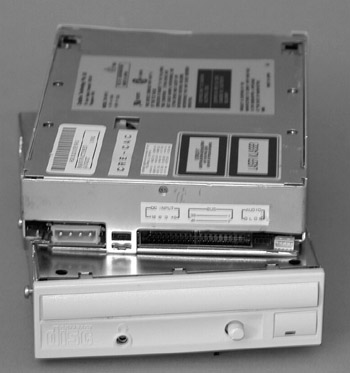 Floppy disks hold a maximum of 1.44 megabytes of data. There is not really much difference between floppy drives. In fact, floppy drives have not changed much in the past decade, so there is really not much to consider regarding floppy drives when you purchase a new computer. CD-ROM drives, however, come in varying speeds. The higher the speed, the quicker data will be found on a CD-ROM. The speeds are measured against the speed of the original CD-ROM drives. For example, a 4X CD-ROM drive is four times faster than the original CD-ROM drives. Most modern CD-ROM drives are 40X speed and also allow you to write data to a blank CD. Also, many modern computers come with the option of a DVD drive. The DVD looks and works almost exactly like your CD drive, only it uses a more sophisticated technology for reading and writing to disks.

It is also becoming common for people to buy computers with special CD drives that not only read CDs but will create them. These CD writers will take files you designate and write them to a CD. The average CD has a capacity of about 600 megabytes or the equivalent of 389 floppy disks. You can see why this is so useful. CD writers are often referred to as CD burners, and the process of creating a CD is often called burning a CD.

There are two computer devices that work in conjunction to provide you with video output. The first, and most obvious, is the monitor. Monitors come in a variety of sizes, shapes, and specifications. The higher the resolution the better. For example, a monitor that uses 1024 x 1078 is better than a monitor that uses 600 x 800. These numbers designate how many dots or pixels are used to draw the complete screen. The numbers represent the number of vertical pixels by the number of horizontal pixels. The more pixels that are used, the finer and more detailed a picture you get.

Most people who use a computer today do so to access the Internet. The Internet is simply a loose connection of independent computers that share information in the form of e-mail, Web pages, or files. You connect to the Internet via some company that is hooked into the Internet. Such a company is usually called an Internet service provider or ISP. You connect to your ISP through some type of connection. The most common types of connections one might use would be the phone line, cable connection, or DSL (digital subscriber line). In order for your PC to communicate with either of these communication mediums, it will require appropriate hardware.

If you connect via a modem, then you probably plug a phone line into a standard phone jack in the back of your computer. The standard phone jack is known in the industry as an RJ-11 connector. The plug that you connect to on the back of your PC is really simply the outer interface of yet another PC circuit board. This one is called a modem. Modem stands for modulator demodulator. The purpose of the modem is to take the analog signal of your phone line and translate it into a digital signal that your computer can understand. It also will translate the digital output of your PC into analog transmission for the Internet.

Where your cable connects to your PC is actually the outer interface of yet another circuit board in your PC, much like the modem. This board is called a network interface card, or NIC. It is used to connect to cable that is used in standard networks. To connect to most cable and DSL boxes, and to connect to almost any local area network, you will need a network interface card. NICs are classed by their speed. Current speeds are either 10 megabits per second or 100 megabits per second.

These are the essential internal parts of your PC. This appendix will not make you a PC hardware expert, but it should give you enough information that you can understand your operating system and how it interacts with the hardware. The goal of this appendix has been to ensure that you are basically familiar with PC hardware.