To better understand why people buy things they don't need, Unity Marketing conducted a psychographic study of the typical American consumer. Using a battery of attitudinal statements centering on the emotional gratification of buying things they don't need, we asked respondents how much they agreed or disagreed with each statement. Using a cluster analysis program, five segments, or clusters, emerge when examining the attitudes and motivations that drive consumers to purchase these discretionary items, as shown in Figures 3.3 and 3.4. Figure 3.5 outlines how attitudes vary among the different segments. 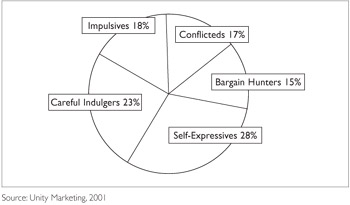 Figure 3.4: A Quick Guide to the Five Segments of Discretionary Consumers Figure 3.5: Differing Attitudes among Segments

Self-Expressives: Consuming as a Creative Outlet

Self-Expressives use their consumption as a means of self-expression, reaffirming their personal identity to themselves and declaring it visually to others. Their purchases satisfy their desires and fantasies. They are highly involved in purchasing goods that enrich, enhance, or improve the quality of their lives. They tend to imbue the items they buy with special meaning and may even look at some favorite items like "members of the family."

The Self-Expressive type of consumer uses shopping and personal consumption as a creative outlet. The act of consuming is highly emotional. Self-Expressives look to their discretionary purchases to satisfy their emotional needs.

Because they seek to express themselves through their consumption and the purchases they make, they are highly idiosyncratic in their purchases. That is, what turns on one self-expressive individual may be very different from what turns on another. However, some common threads emerge in the purchase patterns of these highly individualistic consumers.

They are driven by a desire to "fit in" with their aspirational group. While they are individualistic, they don't want to venture too far afield from their peer group. For example, Self-Expressives will strictly avoid painting their houses the same shade of blue as their neighbor's, yet certainly won't paint their homes a deep purple or shocking pink. Rather, they will seek to find a special shade of blue that allows them to express their individuality within the context of what is "acceptable," but not exactly like everybody else's.

With their strong emotional drive to consume, Self-Expressives respond sentimentally to items with a nostalgia appeal that takes them back to a "golden age," usually back to their youth. Any number of social trends point to this drive for nostalgia, including the collecting boom in toys, dolls, and games from the 1950s and 1960s; the explosion of online auctions, typified by eBay; and the PT Cruiser from Chrysler. Seeking out a "golden age" is a major motivator for Self-Expressives and a key to understanding their form of consumption as an outlet for personal identity and self-expression.

Demographic characteristics of Self-Expressives. This is the largest market segment. It is composed of equal shares of baby boomers, the generation born between 1946 and 1964 (38 percent), and GenXers and their younger counterparts (38 percent), all born in 1965 or later. About one-fourth of the segment was born before 1946, making them members of the World War II and the swing generations.

The Self-Expressive type of consumer uses shopping and personal consumption as a creative outlet.

While just over half of Self-Expressives are married, one-fourth are single, never married, and 10 percent are divorced.

Self-Expressives agree most strongly with these statements:

Most active buyers. Trend Watch: Self-Expressive consumers will continue to be the most active buying segment in the future. They deprive themselves of nothing, and while the potential impact of an economic downturn cannot be anticipated, these consumers give signs of not letting something as "insignificant" as not having money keep them from pursuing their consuming passions. Consumer product companies should target this segment by aligning their products with these youthful, self-expressive, and self-indulgent consumers.

Careful Indulgers share many similarities with Self-Expressives, but exhibit a more practical and reasoned approach to their purchases of "indulgences." They are less "driven" to make discretionary purchases and more "reasoned" in their purchases. These consumers are more likely to make discretionary purchases due to rational motivators, such as to replace a worn-out item or to make a planned purchase. Unlike Self-Expressives, Careful Indulgers gain less emotional satisfaction in making these purchases and are far less likely to make impulse purchases.

They tend to see themselves as similar to their peers and, unlike the Self-Expressives, do not feel the need to declare their identity through their consumption. They are unlikely to ascribe special meaning to the items they buy or to animate them in their imaginations.

They enjoy the "hunt" to find a desirable item. They are not inclined toward making spur-of-the-moment decisions and impulsive purchases. If they find something they want, they are likely to go home and think about it and discuss it with their significant others before making the purchase.

Items, things, consumables do not hold the same meaning for Careful Indulgers that they do for the Self-Expressives. They look on things as things, not symbolic representations of their personality and value system.

Careful Indulgers are more likely than any other segment to live in two-person households and less likely to have children living in the home. They spend, on average, about 13.4 percent of income on indulgent purchases.

While people in this segment are more reasoned in their approach to indulgence purchases, they are fairly active buyers in most categories. They tend to look at their purchases from a more practical orientation, but are hesitant to deny themselves these indulgences.

Impulsives buy indulgent discretionary purchases on the spur of the moment. They purchase these products for the sheer joy and pleasure the purchase brings. Their thrill is in buying products that they desire. Unlike Self-Expressives, Impulsives are not particularly motivated by the need to express themselves, their personalities, and their value systems in the purchases they make. For them, consuming and buying is the end in itself.

Impulsives are driven much more by the need to acquire and keep acquiring new things.

As big spenders and active purchasers in the discretionary product categories, these consumers differ from the Self-Expressives mainly because they don't ascribe a higher meaning or value in their consuming behavior. Things do not become symbols of one's identity. In fact, once these indulgent consumers get their purchases home, they are likely to be lost or forgotten. These consumers are very active buyers, but driven to purchase by what strikes their fancy at the moment, not like Self-Expressives who look for more "meaning" in their purchases. While the Self-Expressives will treasure their things, the Impulsives are driven much more by the need to acquire and keep acquiring new things.

Men are slightly more likely to be an Impulsive type of consumer. Compared with the other consumer segments, Impulsives are more likely to be single, never married. Impulsives, along with Self-Expressives, spend the highest percentage of household income on discretionary products (19.3 percent).

Impulsives agree most strongly with these statements:

Conflicteds: Should I, Shouldn't I?

These consumers feel conflicted about satisfying their desire for products they don't need. They don't see their consumer behavior as an expressive outlet, yet they desire to buy these products. However, they have mixed feelings about making such "unnecessary" purchases and so they may tend to feel guilty after buying. They do not obtain the same level of pleasure or emotional satisfaction from their consumption that other segments do, largely because they suffer so much internal conflict before the purchase.

Demographic characteristics of Conflicteds. Conflicteds are more likely than any other segment to have a household income under $35,000. Nearly half (46 percent) of Conflicteds are boomers. They spend about 12.7 percent of their income on discretionary purchases.

This is the segment with the highest incidence of women and divorced or separated individuals. Forty-six percent have children in the home, the highest of any group. With this incidence of children, it is easy to see where the "conflict" in making indulgent purchases comes from.

Bargain Hunters: Is it on Sale?

If Self-Expressives are the most highly involved consumers of discretionary items, Bargain Hunters are the least. Compared with all other segments, they derive the least amount of pleasure and emotional gratification from buying. They are also the least likely of all segments to make an impulse purchase. Of all segments, they are the least motivated by the desire to improve the quality of life. They look for bargains when they shop and tend to evaluate carefully the pluses and minuses before making a purchase decision. Buying things they do not need just doesn't turn them on.

Demographic characteristics of Bargain Hunters. Men dominate this segment, with women representing only 41 percent of the total segment. Compared with other segments, Bargain Hunters have a higher incidence of WWII and swing generation consumers (35 percent). They are not the lowest income segment. Rather, the highest distribution in this segment falls in the $50,000 to $74,999 income range. Given their older demographics, they are the segment least likely to have children in the home. They spend the lowest percentage of income on discretionary purchases (10.5 percent).

Let Them Eat Cake: Marketing Luxury to the Masses - As well as the Classes

Why We Buy: The Science of Shopping--Updated and Revised for the Internet, the Global Consumer, and Beyond

Shopping: Why We Love It and How Retailers Can Create the Ultimate Customer Experience