The first printers that appeared needed to include fonts within the printer, but now software can generate any installed system font on the printer. Windows ships with a huge selection of fonts, but you can add new fonts to your system as needed.

To add new fonts to your system, follow these steps:

All the fonts that are installed on a system can be used within the installed applications such as the word processors and desktop publishing packages. The installed Windows fonts are located in a single place that you can access using the Fonts option in the Control Panel, as shown in Figure 35.11. 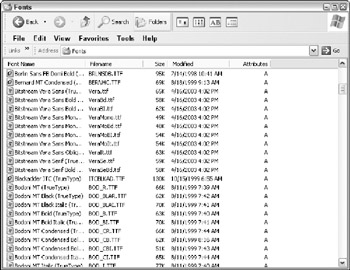 Figure 35.11: All system fonts appear in the Fonts folder in the Control Panel.

If you want to see what a specific font looks like you can right-click a font from the Fonts folder and select Open to see the font in a sample window, as shown in Figure 35.12, or you could select to print the selected font. 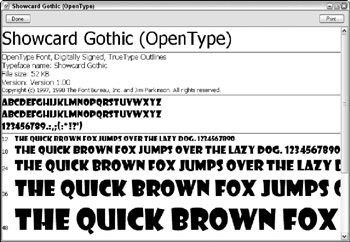 Figure 35.12: The Open pop-up menu displays a sample of the selected font.

Several different types of fonts are available, but they can all be used within Windows. Early fonts were created from bitmaps, and these fonts required a separate bitmap for each font size to reduce distortion when the font changed sizes. You can still use bitmap fonts, but you shouldn't resize them or the text will appear distorted.

Over time, scalable fonts developed. These fonts were defined using vectors (mathematically defined curves) that could be scaled to any size without losing their shape. This resulted in significantly smaller font sizes and fonts that could be printed at almost any resolution while still retaining legibility.

These different scalable types include the following:

OpenType fonts also support Unicode, which is an extended set of characters that includes space for characters used in other languages such as Hebrew, Greek, Japanese, Chinese, and so on.