Access 2007 also lets you import data from spreadsheet files created by Lotus 1-2-3, Lotus 1–2-3 for Windows, and Microsoft Excel version 3 and later. You can specify a portion of a spreadsheet or the entire spreadsheet file to import into a new table or to append to an existing table. If the first row of cells contains names suitable for field names in the resulting Access table, as shown in the Companies.xlsx spreadsheet in Figure 6–3, you can tell Access to use these names for your fields. 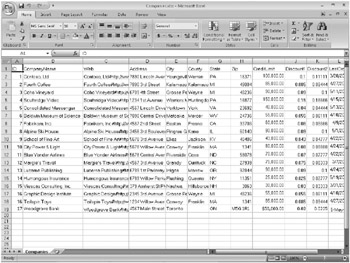 Figure 6–3: The data in the first row of this Excel spreadsheet can be used as field names when you import the spreadsheet into a new Access table.

Access 2007 determines the data type for the fields in a new table based on the values it finds in the first few rows of data being imported (excluding the first row if that row contains field names). When you import a spreadsheet into a new table, Access stores alphanumeric data as the Text data type with an entry length of 255 characters, numeric data as the Number type with the Field Size property set to Double, numeric data with currency formatting as the Currency type, and any date or time data as the Date/Time type. If Access finds a mixture of data in any column in the first few rows, it imports that column as the Text data type.

If the first several rows are not representative of all the data in your spreadsheet (excluding a potential field names row), you might want to insert a single “dummy” row at the beginning of your spreadsheet with data values that establish the data type you want to use for each column. You can easily delete that row from the table after you import the spreadsheet. For example, if you scroll down in the Companies.xlsx sample spreadsheet shown in Figure 6–3, you’ll find that the last entry is a Canadian address, as shown in Figure 6–4.

Because Access sees only numbers in the first few rows of the Zip column, it will use a Number data type for the Zip field. However, the entry for the Canadian address has letters and spaces, which requires the field to be defined as text. As you’ll see later, if you attempt to import this spreadsheet without fixing this problem, Access generates an error for each row that contains nonnumeric data. Access sets the contents of fields it cannot import to Null. You can solve this by inserting a dummy row at the top with the proper data types in each column, moving the row to the top, or fixing the one bad row after you import the file.

To import a spreadsheet into an Access database, do the following:

In “Preparing a Spreadsheet” on page 274, you learned that Access 2007 determines data types for the fields in a new table based on the values it finds in the first several rows being imported from a spreadsheet. Figures 6–3 and 6–4 show a spreadsheet whose first few rows would generate a wrong data type for the Zip column in a new Access table. The Number data type that Access would generate for that field, based on the first several entries, would not work for the last row, which contains character data. In addition, one of the rows has a duplicate value in the ID column. If you attempt to use this column as the primary key when you import the spreadsheet, you’ll get an additional error.

If you were to import that spreadsheet, Access would first display an error message similar to the one shown in Figure 6–5. This indicates that the wizard found a problem with the column that you designated as the primary key. If you have duplicate values, the wizard will also inform you. When the wizard encounters any problems with the primary key column, it imports your data but does not define a primary key. This gives you a chance to correct the data in the table and then define the primary key yourself.

Figure 6–5: Access displays this error message when it encounters a problem with your primary key values.

In addition, if the wizard has any problems with data conversion, it displays a message similar to the one shown in Figure 6–6. 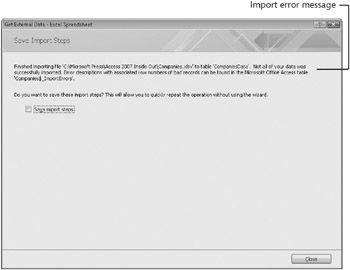 Figure 6–6: Access displays this message at the top of the Save Import Steps page of the Get External Data-Excel Spreadsheet dialog box if it encounters data conversion errors while importing a spreadsheet.

Note that if your import was successful, you might want to select the Save Import Steps check box before you click Close if you might run the exact same import again in the future. You can find all saved imports by clicking the Saved Imports button in the Import group on the External Data tab.

Figure 6–7: Here is the import errors table that results from importing the spreadsheet shown in Figure 6–3.

Figure 6–8 shows the table that results from importing the spreadsheet shown in Figure 6–3. You can find one row that has no entry in the Zip column. If you switch to Design view, you can see that the Import Spreadsheet Wizard selected the Number data type for the Zip field. If you want to be able to store values that include letters, the Zip field must be a text field. Notice that in Design view there is no primary key defined. 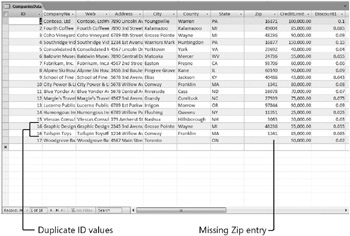 Figure 6–8: After importing the spreadsheet shown in Figure 6–3, one row is missing a postal code entry, and there is a duplicate value in the ID column.

You can correct some of the errors in the table in Design view. For example, you can change the data type of the Zip field to Text (and perhaps change the name to PostalCode), save the table, and then enter the missing value. For the row that has a duplicate ID (16), you can switch to Datasheet view and either delete one of the rows or supply a unique value. You can then set ID as the primary key in Design view.