Although present in the previous version of Visual Studio, docking windows are still worth mentioning here. With the exception of the main source code windows, all the supporting child windows within Visual Studio .NET can be docked into various positions within the IDE. Docking means that a window can be anchored to a fixed position within the IDE, as opposed to a window that is floating and covering up windows underneath it. The default layout of Visual Studio contains several windows docked to the right side and bottom of the IDE, as you've seen in several figures throughout this book.

Although docking windows helps to organize your workspace, it doesn't do much to help with the clutter that could still result. The Visual Studio .NET IDE now supports auto-hiding windows. If you look at a docked window, you will see a small thumbtack icon in the upper-right corner. Once you click that icon, the window becomes an auto-hiding window. When the mouse cursor is in another part of the IDE, the auto-hiding window will collapse onto the edge of the IDE and display a small tab with the name of the window. When the mouse cursor hovers over that tab, the window will be shown. Figure B.3 shows a layout of Visual Studio .NET with the child windows automatically hidden.

Figure B.3. Maximize your workspace by auto-hiding all the IDE child windows. 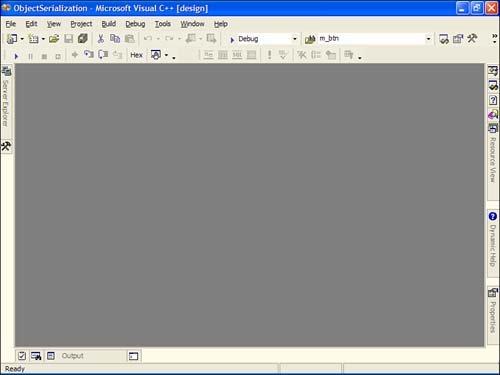 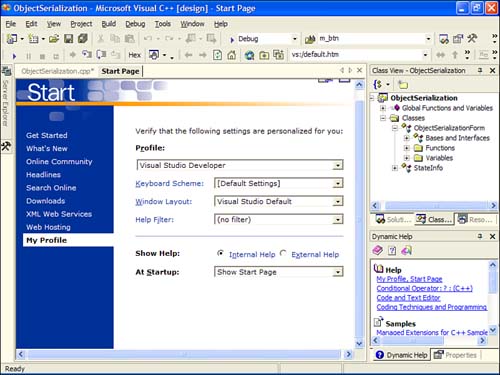 In addition to all the new features added to Visual Studio .NET, a few new windows have been added to the IDE: