If you've ever used the previous version of Visual Basic, you'll recall that functions were separated from each other by horizontal lines. Although this might have been annoying to some, it at least organized the code into discernable blocks. These horizontal lines are gone now, but in their place is a very nice addition to source code layout: outlining. Visual Studio .NET determines where certain blocks of code exist within in a source file and separates them into collapsible segments. This occurs regardless of the programming language being used. At the very top of the block of code, you can see a box that is used to collapse or expand a block of code simply by clicking it. If a block of code is collapsed, you will see the first line of that source code block followed by a box containing an ellipsis, indicating that more code will be revealed once that block is expanded. 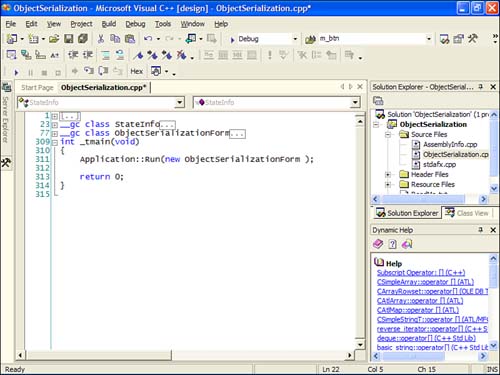 Instead of using #pragma statements to display TODO items, you can add a comment followed by the word TODO and the entire comment line will be added to the Task List. If you need to jump to that comment, you can double-click the Task List item, and the file will be opened at that location. Figure B.2 shows the Task List with a TODO Task List item. 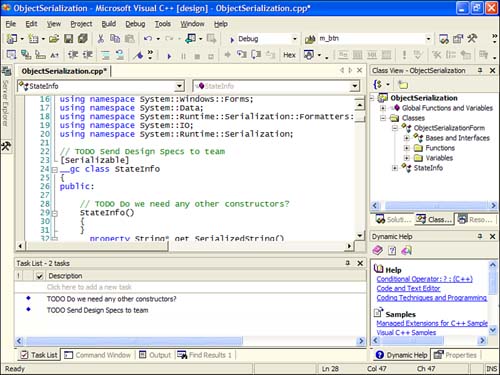