The BinaryReader and BinaryWriter classes are okay when it comes to storing small classes to disk and retrieving them later, as you saw in the last section. But classes can become quite complicated. What happens when your class has numerous member variables and/or linked objects? How do you figure out which data type belongs with which class? In what order were they saved? It can become quite a mess very quickly. Wouldn't it be nice if you didn't have to worry about the details and could just say, "Here's the file I want the class saved to. Now, save it." I'm sure you know where I'm going with this; this is the job of serialization.

Setting Up Classes for Serialization

The process of setting a class up for serialization is probably one of the easiest things that you can do in Managed C++. You simply place the [Serializable] attribute in front of the managed class you want to serialize. Yep, that is it!

Listing 8-7 shows the entire process of setting up the Player class for serialization. To make things interesting, I split PlayerAttr off into its own class. As you will see, even the serialization of a linked object like this only requires placing the [Serializable] attribute in front of it.

If you can't tell, I play Dungeons and Dragons (D&D). These classes are a very simplified player character. Of course, you would probably want to use enums and check minimums and maximums and so forth, but I didn't want to get too complicated.

Before you actually serialize a class, you have to make a choice. In what format do you want to store the serialized data? Right now, the .NET Framework class library supplies you with two choices. You can store the serialized class data in a binary format or in an XML format or, more specifically, in a Simple Object Access Protocol (SOAP) format.

The choice is up to you. Binary is more compact, faster, and works well with the CLR. SOAP, on the other hand, is a self-describing text file that can be used with a system that doesn't support the CLR. Which formatter type you should use depends on how you plan to use the serialized data.

It is also possible to create your own formatter. This book does not cover how to do this, because this book is about .NET, and the main reason that you might want to create your own formatter is if you are interfacing with a non-CLR (non- .NET) system that has its own serialization format. You should check the .NET Framework documentation for details on how to do this.

As I hinted at previously, the process of serializing a class is remarkably easy. First off, all the code to handle serialization is found in the mscorlib.dll assembly. This means you don't have to worry about loading any special assemblies. The hardest thing about serialization is that you have to remember that the BinaryFormatter is located in the namespace System::Runtime::Serialization::Formatters::Binary. You have the option of using the fully qualified version of the formatter every time, but I prefer to add a using statement and save my fingers for typing more important code.

The simplest constructor for the BinaryFormatter is just the standard default, which takes no parameters.

To actually serialize a class, you need to call the BinaryFormatter's Serialize() method. This method takes a Stream and a class pointer. Make sure you open the Stream for writing. You also need to truncate the Stream or create a new copy each time. And don't forget to close the Stream when you're done.

Listing 8-8 shows the entire process of serializing and deserializing the Player class. 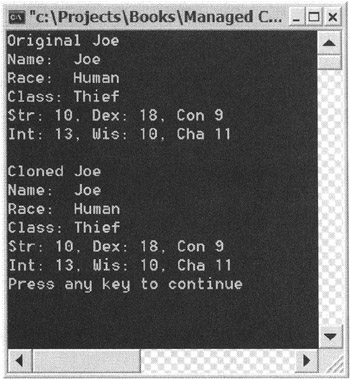 Figure 8-13: Binary-formatted file output of the serialization of the Player class

Listing 8-9 shows the entire process of serializing and deserializing the Player class using the SoapFormatter. Notice that the only differences between SOAP and binary are the #using and using statements and the use of SoapFormatter instead of BinaryFormatter. 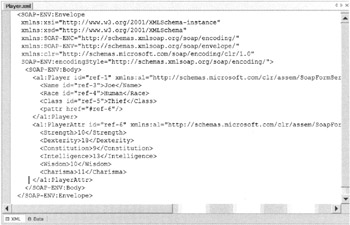 Figure 8-14: SOAP-formatted file output of the serialization of the Player class