You have three ways to implement inheritance in a program: simple inheritance, multiple inheritance, and level inheritance. Each enables a class to access attributes and behaviors of another class using slightly different techniques. 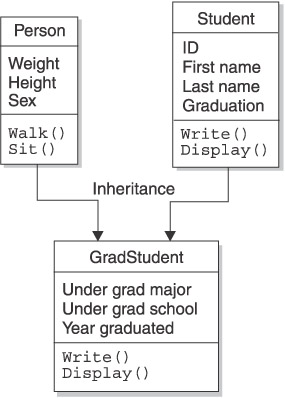 Figure 5-2: Multiple inheritance occurs when one class inherits from two other classes.

The GradStudent class inherits the characteristics of a person from the Person class. These are the weight, height, and sex attributes and the Walk() and Sit() methods . You might be wondering how a graduate student walks and sits inside a program. It is difficult to image how this is done. Although we use them in this chapter for illustrative purposes, these behaviors could be programmed into a virtual reality application that shows an animated graduate student walking across campus to a class.

You must keep several factors in mind when implementing multiple inheritance:

Level inheritance happens when a child inherits from a parent and then becomes a parent itself to a child. This might sound a little confusing, but it becomes clear by looking at Figure 5-3, which rearranges the Person class, Student class, and GradStudent class into a level inheritance. 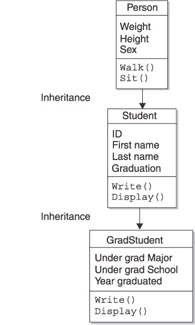 Figure 5-3: Level inheritance occurs when each class inherits one other class as shown here.

Although the last child class (that is, the GradStudent class) doesn t directly inherit from the Person class, the Person class still must pass the is a test. That is, a graduate student is a person.

Choosing the Right Type of Inheritance

With three options to choose from, you re probably scratching your head wondering how you will choose. Well, there isn t a magic formula that will provide you with the best choice. Instead, you ll need to use some good-old common sense and apply your knowledge of inheritance to meet your programming objectives.

Head scratching usually occurs when a child inherits directly or indirectly from more than one parent. This is the case with the GradStudent class, which inherits from both the person class and the student class. Here you have two choices: multiple inheritance and level inheritance. 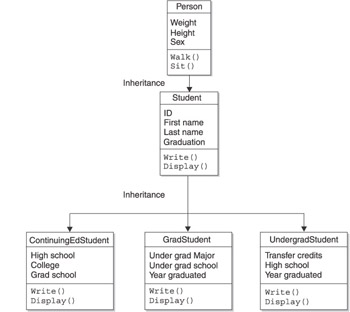 Let s say that an undergraduate student is an athlete and a writer. This means that the UndergradStudent class inherits attributes and behaviors from the Athlete class and the Writer class. However, there isn t a definitive relationship between these two parent classes. That is, an athlete may or may not be a writer, and a writer may or may not be an athlete. This is a clear case where multiple inheritance is the better choice to use in the program, as shown in Figure 5-5. 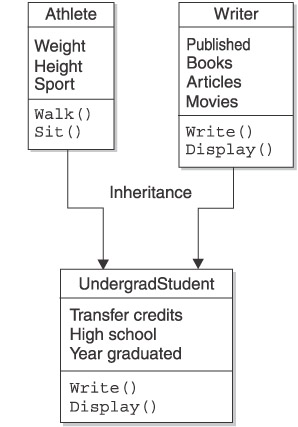