Most often, Struts Console is used as an IDE plugin because of the convenience of working seamlessly inside one tool. However, Struts Console can just as easily be run as a stand- alone application. Before running Struts Console as a stand-alone application, though, you must set the JAVA_HOME environmental variable. Many Java development kit (JDK) distributions set this for you when you install them; however, if it is not set on your machine, you must set it before you run Struts Console. The JAVA_HOME variable must be set to the directory where you have your JDK installed. For example, if you have JDK 1.5.0_07 installed at c:\java\jdk1.5.0_07, your JAVA_HOME variable should be set to c:\java\ jdk1.5.0_07.

Once you have set the JAVA_HOME environmental variable, you are ready to run Struts Console. Simply navigate to the directory where you installed Struts Console (e.g., c:\java\ struts-console-5.0) and then navigate into the bin directory. The bin directory contains two files: console.bat and console.sh. If you are on a Microsoft Windows machine, run console. bat. However, if you are on Linux, Unix, or Macintosh, run console.sh. 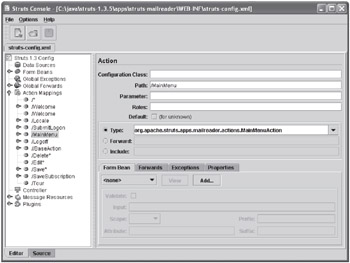 Figure A-1: Struts Console in action as a stand-alone application