Patton from Broderbund was designed by legendary game designer Chris Crawford. He reasoned that war games are fun, yet only a small percentage of game players are buying them. 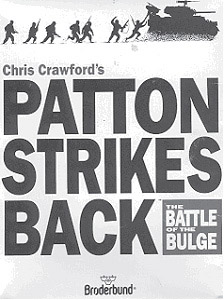 Perhaps that would change if there were a new type of war game designed for the non-wargaming audience. If the game were easier to use, different from the standard hex-based war games, it would reach a larger base of players.

This seemed reasonable; in fact testers seemed to confirm these thoughts. So what could possibly go awry? Well, first, the sales and marketing people failed to express this new type of “war game for the rest of us” concept. Next, the magazines assigned their “war game” experts to review Patton. These experts were not the intended audience, so they knocked the game for lacking the standard controls, not having hexes, and lacking the NATO markings. Then, the expert war gamers warned the novice players away from Patton.

Lesson: Sometimes the obvious isn’t worth anything.