Writable CD-ROM drives are fast becoming a standard device on computers. Where once you had to settle for a floppy disk (1.44MB) or a Zip disk (100MB) to store personal data, a CDROM burner lets you store more than 600MB of data in a format that can be exchanged with most computers. On top of that, you can create CD music disks!

Creating an audio CD with cdrecord

You can use the cdrecord command to create either data or music CDs. You can create a data CD by setting up a separate file system and copying the whole image of that file system to CD. Creating an audio CD consists of selecting the audio tracks you want to copy and copying them all at once to the CD.

This section focuses on using cdrecord to create audio CDs. The cdrecord command can use audio files in .au, .wav, or .cdr format, automatically translating them when necessary. If you have audio files in other formats, you can convert them to one of the supported formats by using the sox command (described previously in this chapter).

One way to create an audio CD is to copy the music tracks you want to a directory; then copy them to the writable CD. To extract the tracks, you can use the cdda2wav command. Then you write them to CD by using the cdrecord command. Here’s an example:

After you have created the music CD, indicate the contents of the CD on the label side of the CD. The CD should now be ready to play on any standard music CD player.

For anyone who has sometimes struggled getting the options just right with cdrecord, the K3b CD/DVD Burning Facility is a wonderful tool. Modeled after popular CD recording tools you can find in Windows environments, K3b provides a very intuitive way to master and burn your own CDs and DVDs.

One of the best uses of K3b is to master and burn your own audio CDs and burn ISO images (perhaps containing a Linux distribution you want to try out) that you download from the Internet. To start K3b, select Sound & Video ® K3b from the Applications menu. Figure 8-10 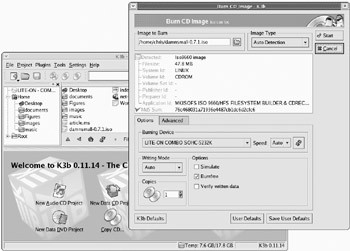 shows an example of the K3b window:

To burn a CD image to CD using K3b, do the following:

There are lots of ways to use K3b. You can make a copy of a CD (Tools CD ® CD ® Copy CD ) or DVD (Tools CD ® DVD ® Copy DVD). You can create a new audio CD (File ® New Project ® New Audio CD Project, then drag-and-drop the files you want on the CD into the K3b folder and click Burn) or data CD (select that project type, drag-and-drop, and select Burn).

The Grip window provides a more graphical method of copying music from CDs to hard disk. You can then play the songs directly from your hard disk or burn them back on to a blank CD. Besides just ripping music, you can also compress each song as you extract it from the CD.

You can open Grip from the red hat menu by selecting Sound & Video ® Grip (or by typing grip from a Terminal window). Figure 8-11 shows an example of the Grip window. 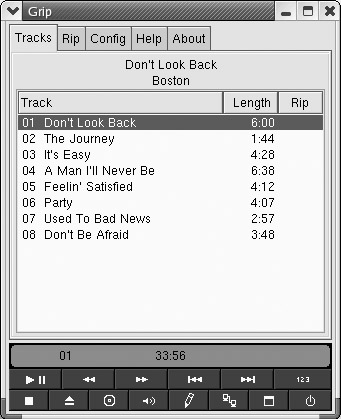 Figure 8-11: Rip and play songs from the Grip window.

To rip audio tracks from a CD with grip, do the following:

At this point you can play any of the files using a player that can play WAV or Ogg files, such as XMMS. Or you can copy the files back to the CD using cdrecord. Because the filenames are the song names, they don’t appear in the same order as they appear on the CD. So if you want to copy them back to a writable CD in the same order where they originally appeared, you may have to type each filename on the cdrecord command line. For example:

The Grip window can also be used to play CDs. Use the buttons on the bottom of the display to play or pause, skip ahead or back, stop, and eject the CD. The Toggle track display button lets you shrink the size of the display so it doesn’t take up much space on the desktop. Click Toggle disc editor to see and change title, artist, and track information.

The cdlabelgen command can be used to create tray cards and front cards to fit in CD jewel cases. You gather information about the CD and cdlabelgen produces a PostScript output file that you can send to the printer. The cdlabelgen package also comes with graphics (in /usr/share/cdlabelgen) that you can incorporate into your labels.

Here is an example of a cdlabelgen command line that you can use to generate a CD label file in PostScript format. (Type it all on one line or use backslashes, as shown here, to put it on multiple lines.)

In this example, the title of the CD is indicated by -c "Grunge is Gone" and the artist by the -s "Yep HipHop" option. The tracks are entered after the -i option, with each line separated by a % sign. The output file is sent to the file yep.ps with the -o option. To view and print the results, you can use the ggv command as follows:

The results of this example are shown in Figure 8-12. 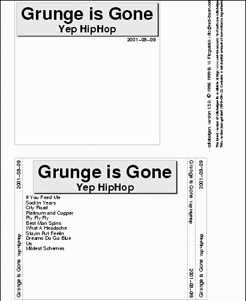 Figure 8-12: Generate CD jewel case labels with cdlabelgen and print them with ggv.

You will probably want to edit the command and re-run ggv a few times to get the CD label correct. When you are ready to print the label (assuming you have a printer configured for your computer), click Print All to print the label.