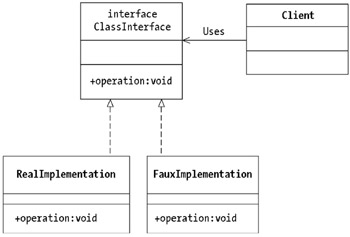 Figure 14-3: Structure of a faux implementation

The ClassInterface component in Figure 14-3 indicates semantic equivalence and behavioral equivalence. Depending on the environment, the behavioral equivalence may extend beyond what a programmer normally considers in their job. Consider an Atari 2600 game console released in the 1980s. Today's computers dwarf the Atari 2600 game console in terms of processor speeds. A pocket computer, such as a PalmPilot, can emulate the entire hardware console without any difficulties. On the other hand, you do not want to run one of the games from the 1980s at today's processor speeds ”your Pac-Man's hair would fly off. The emulator's behavior must ensure the game plays with the same feel of the 1980s.

Understanding the Components of the Faux Implementation Pattern

There are three components to a Faux Implementation pattern. The definitions are what you would expect from object-oriented programming with a stress on behavioral interface in the class interface definition: 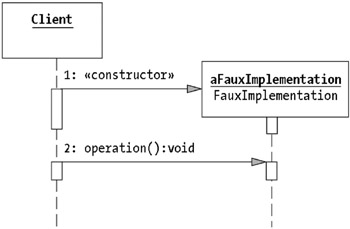 Figure 14-4: Sequence of a client call