A thread's life cycle starts when a program creates a new thread. The request filters down to the Windows 2000 executive, where the process manager allocates space for a thread object and calls the kernel to initialize the kernel thread block. The steps in the following list are taken inside the Win32 CreateThread function in Kernel32.dll to create a Win32 thread. The work that occurs inside the Windows 2000 executive are substeps of step 3, and the work that occurs in the context of the new thread are substeps of step 7. Because process creation includes creating a thread, some of the information here is repeated from the earlier description of the flow of CreateProcess. 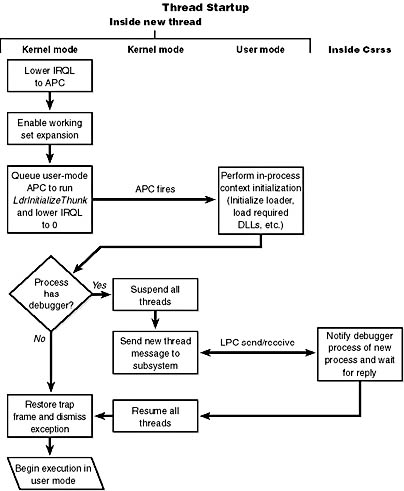