Now that we have several data mining models created and trained, let's look at how we begin to analyze the information. We do this by using the data mining model viewers, which are found on the Mining Model Viewer tab on the Data Mining Design tab.

Each data mining algorithm has its own set of viewers, enabling us to examine the trained data mining algorithm. These viewers present the mining information graphically for ease of understanding. If desired, we can also use the Microsoft Mining Content Viewer to look at the raw data underlying the graphical presentations. 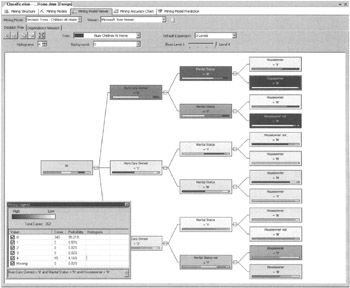 Clicking the All node on the left end of the diagram shows us the statistics for the entire training data set: 5001 total customers. Of those, 1029 customers have 0 children. This is 20.56% of our training data set.

The Histogram column at the right in the Mining Legend window shows us a graphical representation of the case breakdown in this node. The histogram is repeated inside each node as a rectangle running across the bottom. In the All node, 20.56% of the histogram is red, signifying no children. The largest group, 36.91% is blue for the customers with two children at home. Other colors in the histogram represent the other possible values for Num Children At Home. The check boxes in the Mining Legend window let us select the values to include in the histogram. For instance, we can uncheck all the values except 0. Now our histogram shows customers with 0 children at home versus those with one or more children at home. This is shown in Figure 13-18. 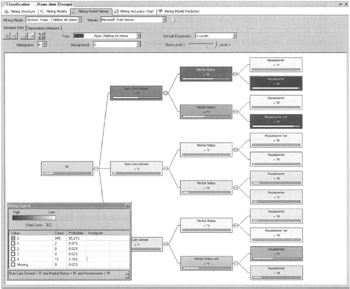 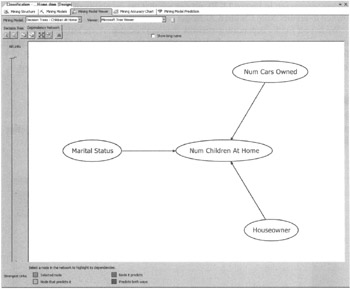 The arrows in Figure 13-19 also show us which attributes predict other attributes. The arrow goes from an attribute that is a predictor to an attribute it predicts. Num Cars Owned, Marital Status, and Houseowner all predict Num Children At Home.

The slider to the left of the diagram controls which arrows are displayed. When the slider is at the top, as shown in Figure 13-19, all arrows are visible. As the slider moves down, the arrows signifying weaker influences disappear. Only the stronger influences remain. In Figure 13-20, we can see that the capability of the Num Cars Owned to predict Num Children At Home is the strongest influence in the model. 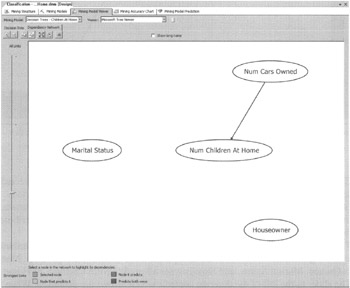 Figure 13-20: The strongest influence in this data mining model

We have a simple dependency network diagram because we are only using a few attributes. It is possible to have diagrams with tens or even hundreds of attribute nodes. To aid in finding a node in such a cluttered diagram, the viewer provides a search feature. To use the search feature, click the Find Node button (the binoculars icon). 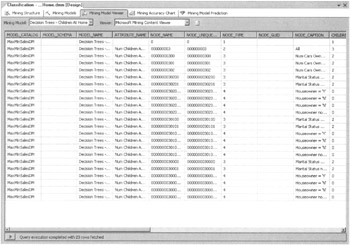 Selecting the Naïve Bayes - Children At Home mining model from the Mining Model drop-down list displays the Microsoft Naïve Bayes Viewer - Dependency Network. This looks a lot like the Dependency Network Viewer we just looked at for the Decision Trees algorithm, as shown in Figure 13-22. (Does this look like a Klingon starship to you, too?) In fact, it functions in an identical manner. Using the slider to the left of the diagram, we can see the Num Cars Owned attribute is also the best predictor of Num Children At Home for this model. This is shown in Figure 13-23. 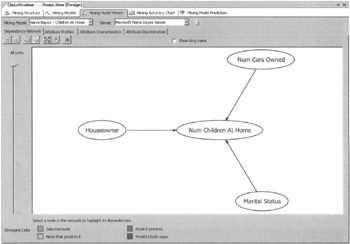 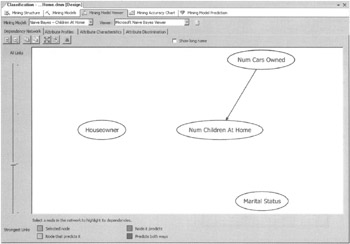 Figure 13-23: The strongest influence in this mining model

Next, select the Attribute Profiles tab. We can select the predictable we want to analyze using the Predictable drop-down list. Num Children At Home is our only predictable in this model, so it is already selected. The diagram shows the distribution of each attribute value for the various predictable values. This is shown in Figure 13-24. 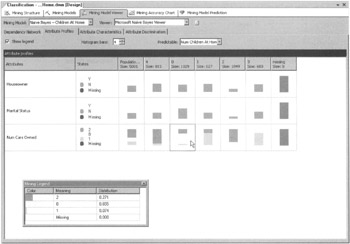 Again, we have a Mining Legend window to provide more detailed information. Selecting a cell in the Attribute Profiles grid shows, in the Mining Legend, the numbers that underlie the histogram for that cell. The cell for the Num Cars Owned where Num Children At Home is 0 is selected and pointed to by the mouse cursor in Figure 13-24.

Select the Attribute Characteristics tab. Num Children At Home is already selected in the Attribute drop-down list and 0 is already selected in the Value drop-down list. We can see the attribute characteristics for the model. In other words, we can see the probability of a particular attribute value being present along with our predictable value. This is shown in Figure 13-25. 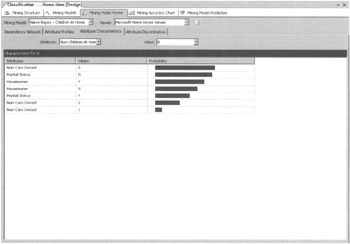 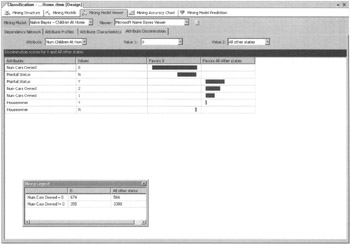 We move from Naïve Bayes to the Microsoft Clustering algorithm. In Chapter 12, we learned the clustering algorithm creates groupings or clusters. We examine the clusters to determine which ones have the most occurrences of the predictable value we are looking for. Then we can look at the attribute values that differentiate that cluster from the others.

Selecting the Clustering - Children At Home mining model from the Mining Model drop-down list displays the Microsoft Cluster Viewer - Cluster Diagram. We can see the algorithm came up with eight different clusters. The lines on the diagram show how closely related one cluster is to another. A dark gray line signifies two clusters that are strongly related. A light gray line signifies two clusters that are weakly related.

Select Num Children At Home from the Shading Variable drop-down list. The State drop-down list should have the 0 value selected. The shading of the clusters now represents the number of customers with 0 children at home in each cluster. This is shown in Figure 13-27. 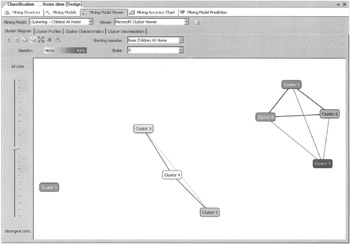 Figure 13-27: The Cluster Diagram Viewer for the Microsoft Clustering algorithm

In the diagram, Cluster 5 has the highest concentration of customers with no children at home. To make analysis easier on the other tabs, let's rename this cluster. Right-click Cluster 5 and select Rename Cluster from the Context menu. The Rename Cluster dialog box appears. Enter No Children At Home and click OK.

Selecting the Cluster Profiles tab displays a grid of cluster profiles as shown in Figure 13-28. This functions exactly the same as the Naïve Bayes Attribute Profiles tab. We use this tab to examine the characteristics of the clusters that most interest us. In this case, it is easy to pick out the cluster of interest because we named it No Children At Home. 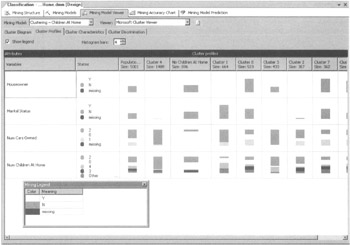 Figure 13-28: The Cluster Profiles Viewer for the Microsoft Clustering algorithm 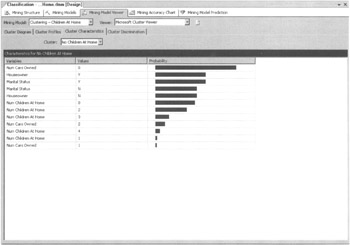 Figure 13-29: The Cluster Characteristics Viewer for the Microsoft Clustering algorithm

Select the Cluster Discrimination tab, and then select No Children At Home from the Cluster I drop-down list. This diagram enables us to determine what attribute values most differentiate our selected cluster from all the others. This is shown in Figure 13-30. 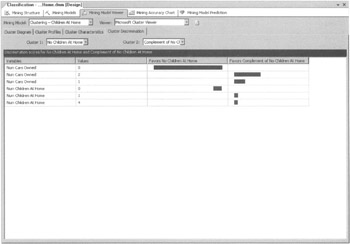 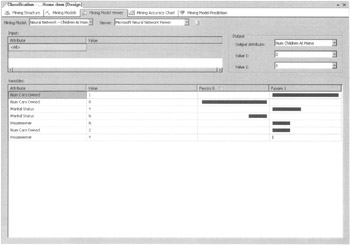 Figure 13-31: The Discrimination Viewer for the Microsoft Neural Network algorithm

The Microsoft Association algorithm deals with items that have been formed into sets within the data. In the example here, we look at sets of products that were purchased by the same customer. The Business Intelligence Development Studio provides us with three viewers for examining these sets. 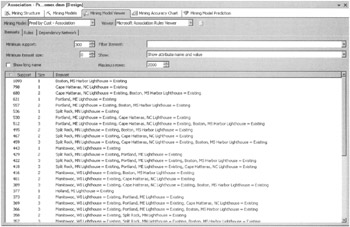 Figure 13-32: The Itemsets Viewer for the Microsoft Association algorithm

The Rules Viewer displays the rules the algorithm created from the sets. This is shown in Figure 13-33. The Probability column shows the probability of a rule being true. In Figure 13-33, we have a number of rules with a 100% probability—a sure thing! This means we do not have a single case in our training data set where this rule is not true. 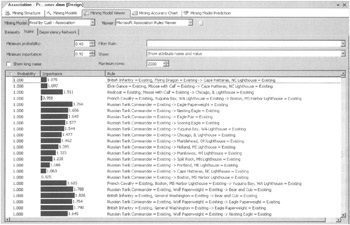 Figure 13-33: The Rules Viewer for the Microsoft Association algorithm

The Importance column tells us how useful the rule may be in making predictions. For example, if every set contained a particular attribute state, a rule that predicts this attribute state is not helpful; it is of low importance. The Rule column, of course, describes the rule. The rule at the top of Figure 13-33 says a set that contains a British Infantry figure and a Flying Dragon figure also contains a Cape Hatteras, NC Lighthouse.

The Dependency Network Viewer functions in the same manner as we have seen with other algorithms. There is a node for each predictable state. In our example, there is a node for each member of the Product dimension. Selecting a product node shows which products it predicts will be in the set and which products predict it will be in the set. The Dependency Network Viewer is shown in Figure 13-34. 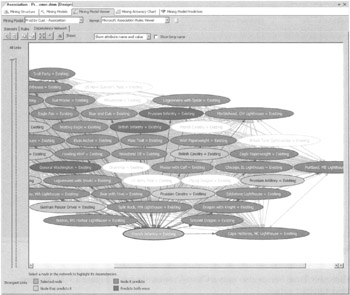 Figure 13-34: The Dependency Network Viewer for the Microsoft Association algorithm 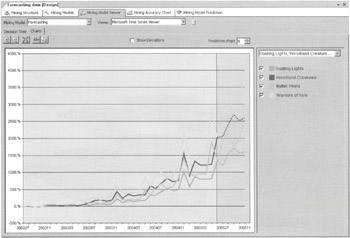 Figure 13-35: The Chart Viewer for the Microsoft Time Series algorithm