SharePoint Server 2007 exposes a Feature object model that you can use to programmatically access Feature collections and extract information on Feature deployment, such as showing all activated Features within a given scope.

Figure 26-24 shows the resultant Web Part rendered on the Home page of the Fabrikam site. 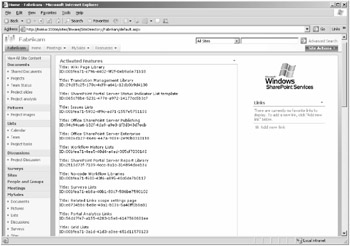