Why This New Edition Is Needed 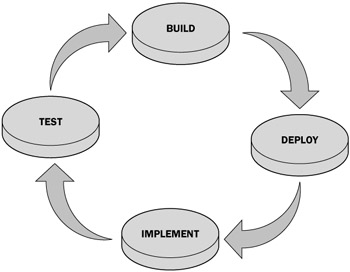 The important focus for most development companies is process improvement and predictability. The challenge is to find how a database professional can effectively apply engineering principles. First, the database schema is very hard to manage. How does one version a database? You can create snapshots but often, governance rules such as Sarbanes-Oxley prevent the extraction of data for such purposes. In addition, even with the best of intentions, you may lose data during backups. How do you test and deploy a database? A surprising number of database developers simply roll their changes into a production database without the benefit of testing. One of the big reasons for this is that the tools are simply not available or too expensive to use. A lot of the administrative tasks that you would associate with database management involve automation scripting to make a database easy to administer.

Team Edition for Database Professionals provides integration with Team Foundation Server to help manage several tasks within the DDLC. The challenge here is to provide database professionals with the tools to be able to work alongside agile development teams. Let's look at each task within the lifecycle:

Beyond these phases, Team Edition for Database Professionals has the same team integration functionality as the other Team Editions. In other words, you can communicate and collaborate with the rest of the development team using the Team System work item tracking database and control and manage your database-related assets using Team Explorer. Obviously, Team Foundation Server plays a key part in this integration.

One of the big challenges of working in an agile development environment is that you have to set up data infrastructure quickly, and it is often difficult to validate the work on many fronts. Many integration strategies have been tried in the past, such as scripting and modeling, which have been less than a great experience. The key problem is that up till now such work has been done on a production database. If you are working under time or financial constraints, it is difficult to implement a staging area for testing the application against the database before it is shipped out the door.

If you have used SQL Server 2005 at any length, you'll notice that development environment is considerably richer than SQL Server 2000, providing you with the ability to write stored procedures and other functional elements using .NET code against the SQL CLR. SQL Server 2000 is still fully supported; in fact, there is a strong argument for change-managing your queries and other assets, even from an operational perspective (for example, for backup and recovery scenarios).