The Practical Value of Ethics in Business

In our interviews with business leaders, the most telling phrase that we heard with regard to ethical demands was from Akosua Barthwell Evans, the managing and national director of the Diversified Client Group at J. P. Morgan Private Bank: “I am happy to work for a firm that has a commitment to integrity.” But why should this commitment make her happy? Evans said, “From the way I was brought up, and watching my parents, one of the things that you have to always maintain is your integrity. Your honesty, your word, and relating to people—these are values that I got from my dad, who was a businessman.” 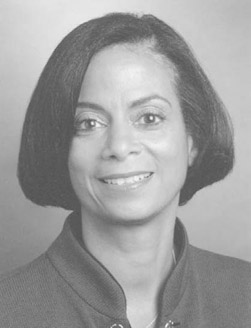 For Evans, words such as integrity and honesty do not represent disembodied values that lurk somewhere in your conscience, isolated from—or worse, antagonistic to—your real everyday motives. To the contrary, these concepts are as real and as motivating as all your other life goals; and when pursued regularly, they are perfectly consistent with those other goals. Being ethical does more than protect you from disaster. As Evans and several other interviewees noted, it also produces the positive effect of happiness, because it helps you become the kind of person that you ideally imagine yourself to be.

Evans identified her father as the role model who helped her define what kind of a person that was—honest, caring, and so on. Many of the people in our study also cited a parent—most often a mother, but sometimes a father—as an inspirational role model. But this was not universal. Some of the moral mentors cited by our business leaders were teachers, employers, military commanders, sports coaches, religious figures, and so on. What they all had in common was that they had exemplified noble virtues in a way that enabled the business leader to see the connection between ethical behavior and the ideal self that he or she wanted to become.

The business leaders interviewed also were acutely aware of the practical value of ethics, not just as a means to the end of personal fulfillment (certainly a most significant end in itself) but also as a means to achieving their business goals. There are two points here that almost all agreed on. First, any gains made by unethical behavior are risky and short-term at best. As the CEO of a multinational natural resources company remarked, “So, do I think you have to be ethical, moral, responsible? You bet! Because if you’re not, you’re going to get run out on a rail.” No one wants to do business with someone who can’t be counted on, and one’s ethical behavior (or the lack thereof ) will determine how people judge one’s trustworthiness.

Like many businesspeople, Dyana King, a principal at Think-nicity, has observed her share of people who renege on agreements and do other dishonest things. She is realistic about it, as you must be, and she has learned how to watch out for people like that and to avoid working with them whenever possible. She believes that they are doing themselves and the people they deal with a disservice: “It’s short-term gains. I don’t think they gain long-term respect in the marketplace. I don’t think they build a brand for themselves that’s good. . . . I’ll never work with them again. Never. . . . In our business, the people that are good, that do good work, you want to know them, you want to have a good relationship with them, because you want to provide your clients with the best people. That’s how your clients continue to come back to you. Our business is all about relationships.”

Every business is “all about relationships.” In some cases, the relationships with investors are primary. The stock manipulation scandals of the early 2000s have shown what can happen when the trust of investors is violated by phony accounting and other acts of deceit. In other businesses, the relationships with customers are key. A business may be able to sell one batch of watered-down wine, but as soon as the word gets out—and it will—the rest of the bottles will stay on that company’s shelves.