Beyond its usefulness for cultivating positive and advantageous business relationships, the Golden Rule serves as an effective problem- solving tool when those relationships threaten to turn sour. Business always has a defensive and tough-minded side, even when carried out in the most purposeful manner. Success in business calls for hard decisions that can create conflict with employees and other stake- holders. These decisions can be made in a high-handed manner with macho flair (“It’s my way or the highway”); or they can be made with responsiveness to the needs of those affected by the decisions.

I have found that successful business leaders eschew the macho swagger of the callous and insensitive route. They make tough decisions when they need to, but they do so in a respectful manner, minimizing the damage rather than gratuitously adding insult to injury. In the words of the CEO of a major oil company: “I also believe, on the other side of the spectrum, that you must—and this is something that I’ve had to learn in my career—you must treat people with respect. I know it’s basic, but if you’re going to be tough, you better treat people with respect. You better treat people exactly the same way you expect to be treated.”

Over and over again, we heard the phrase “dignity and respect” from the business leaders who have made their mark in managing employees effectively. The attitude permeates their daily interactions with their subordinates, and it springs directly from the under- standings and feelings underlying the Golden Rule. Often the interviewees uttered that phrase and the Golden Rule in the same breath, as in the case of Dickie Sykes, the equal employment officer at AMEC Construction Management: “I make sure that, number one, I treat everyone with dignity and respect. That I try, even with my own staff, not to speak with them when I’m really angry, because it clouds up your judgment. So I try to calm down first and try to take a more realistic approach to why someone did what they did, and to always start off with praise before criticizing. So those are the things that I try to bring to my day-to-day work environment. And I think that most people want to come to work and be treated with dignity and respect, and be treated fairly. So if I want to be treated that way, why wouldn’t everyone else?”

In business, the classic issue that sets management in opposition to labor is unionization. In many cases, a drive to unionize has national rather than local origins: an organization such as the AFLCIO launches an initiative to increase membership, and as part of that initiative, employees at a local shop are vigorously recruited. Whether or not the local labor situation before the union drive was problematic—and even in the best of circumstances, some employees will always have certain grievances—the very possibility of unionizing inevitably raises tensions between labor and management. A manager’s response to these tensions will determine the quality and effectiveness of a company’s working environment for years to come.

One response is to go along with the drive to unionize, and in many cases this may be the only realistic option. But some companies—in particular, smaller or newer companies with shaky capitalization—cannot afford to pay union wages and remain competitive. From their perspective, capitulating to union demands would mean losing their business and letting their employees go, which seems like something of a Hobson’s choice as far as employee relations are concerned. So, many businesses stonewall all union demands, refusing to consider any and all related issues, out of fear of ending up on the wrong side of organizing drives and labor laws.

For managers who believe that unionization threatens their company’s survival, there are ways to respond that still preserve positive and productive employee relations. The key to these ways is the empathic understanding at the heart of the Golden Rule. For example, Susan Davis, the president (and co-founder with Rebecca Kaufman) of a small Seattle-based costume company called Period Corsets, described her strategy with respect to a possible union drive in this way: 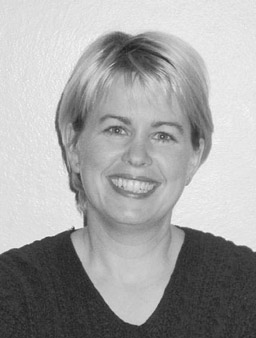 And as far as we know, nobody asked our employees to join the union or not, but the union asked to meet with us, and we tried to understand from them what the benefits would be to having our shop be union, and as far as we could tell, they didn’t give us any because our employees were satisfied. They probably would have made more money, but we would have gone out of business. . . . I’ve always thought that if I were still working in the opera workroom when they voted in the union, I don’t know if I would have voted for the union, but if the union had been voted in while I was in the workroom, I would have been extremely involved in the union, very proactive, very interested in making sure that it was doing the best it could for everyone there. So . . . it’s not that I don’t support the union, because I think that in that position I would have, but it didn’t have any benefits for our shop. 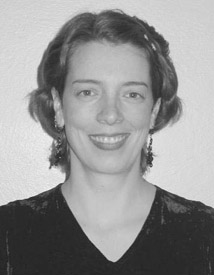 Here Davis mentally puts herself in the shoes of workers who might find a union appealing by imagining what her own reactions to unionization might have been when she was employed in the workroom. In this way, she determines with some confidence that she can address her employees’ needs without jeopardizing the business. She considers that, first, they are better off with a job in a nonunion shop than without a job in a union shop. Second, she figures that “the more products we sell, the more we will be able to pay them, because our cost of goods won’t go up tremendously.” With good employee relations, Davis expects increased productivity and profits, some of which she can pass on to workers in the form of improved pay and benefits. Third, even now, Davis looks for ways to do “little bits” here and there that signal goodwill to employees without bankrupting the company: paid leaves and holidays, subsidized lunches, and so on. Most important is an atmosphere of trust that she communicates with small but significant gestures:

One of our employees . . . has worked in lots of different places, and worked for the Post Office, and utilities companies, and other jobs, and he’s worked for us for two-and-a-half years and he’s astounded by things that will still come up. He’ll ask us about something, an appointment he forgot to tell us about and he’s going to be gone for an hour and hopes that’s okay. Our reply is: John, if it’s a doctor’s appointment, you write sick time on your timesheet. If it’s not, it’s up to you. Make up the hour if you need the money, don’t if you don’t. He’s still startled that we respect that he has a life outside of work and that he has other obligations that don’t involve us. And it’s always gratifying to know that it brings some ease to his life that he doesn’t have to accommodate us all the time—and we also do the same for him.

The constant role-reversal that Davis uses in thinking about how to treat employees gives her a palpable sense of satisfaction when she feels that she has done something to improve their situation; and she expects that they will feel the same about the company and those who run it. This attitude is almost a working definition of shared empathy. It should be clear how a mutual empathic understanding of this kind is in the best interests of everyone working at the company. It brings home, in a way that is backed up by the full force of emotion, the salutary ethic that everyone is “in it together.” The fates of the leaders and the employ- ees are intermingled: that is, “Your success rides on my success, and vice versa.” What better way could there be to harness everyone’s energies to a common cause?

Naturally, this approach leads to more productive employee relations than the “us-against-them” stance that usually predominates when labor concerns arise. The key is the more inclusive approach that comes from concerted perspective-taking efforts. Perspective-taking transforms a self-centered orientation (“What is this company doing for me?”) into a mutual point of view (“How can we best succeed together?”), turning a potential source of negativism into positive streams of energy. In this way, it becomes possible for every worker to identify with the company’s overall mission and to find personal meaning in the company’s work. In the long run, this creates the kind of morale that inspires trust, loyalty, and an attitude of heartfelt service among employees—an atmosphere that could not be bought by salaries and perks alone, no matter how extravagant they may be.

The Golden Rule mandate of imagining yourself in the position of the other, if followed consistently, promotes solidarity among people who work together, because it gives them a real basis for mutual trust. In business, this applies to employers and employees, vendors and clients, merchants and customers, entrepreneurs and investors, companies and communities, and so on: virtually any human relationship can be ameliorated through the Golden Rule. The only problem is that it can be difficult to imagine yourself in the position of others who seem radically different than you. This is where a commitment to perspective-taking comes in: the process of placing yourself in another’s shoes requires a concerted effort to cultivate a moral imagination that paves the way for empathy and the Golden Rule. It is an effort that is well-rewarded, benefiting the self as well as the other by establishing the foundations of productive working relations.