About a quarter of the business leaders whom we interviewed said spontaneously that they relied on the Golden Rule to guide their working relations. It is striking that such a sizable proportion of businesspeople mentioned the same notion without thinking twice. The principle was clearly at the forefront of their thinking, since they invoked it without specific prompting. Other interviewees spoke about their interpersonal relations in a manner highly consistent with the Golden Rule, and they likely would have been quick to acknowledge its validity if asked. 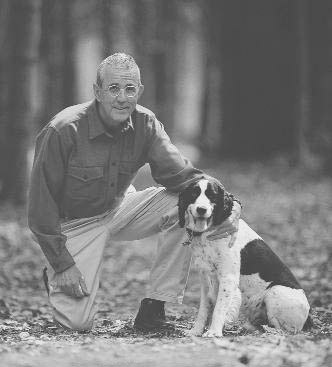 For example, Leon Gorman, the CEO of the legendary Maine department store L. L. Bean, said, “We’re committed to the Golden Rule, and we try to make decisions from what looks like it will be best for the overall value of our stakeholders.” By stakeholders, Gorman meant everyone in the company’s broad universe, including shareholders, employees, customers, and members of the local community. In a similar vein, Mike Markkula, a co-founder of Apple Computer and Echelon Corporation, said that, of all the beliefs that played a role in his success, “the Golden Rule is the one that I would use most commonly.” His reflections reveal the empathic concerns that are at the emotional heart of the principle: “I would never ask someone to do a job that I wouldn’t do myself. I never put someone in a position that I wouldn’t want to be in. That has always been part of my way of interacting with people, whether it’s the janitor or the vice president of engineering, or whatever.”

But for Markkula, as for others we interviewed, the Golden Rule is not simply a feel-good way of expressing empathy and kindness toward a fellow human being. Rather, it has crucial practical value in promoting the trust that is needed for any business deal. Markkula explained: “Trust is invaluable. You can get all the lawyers you want around this table, and you and I can write a contract about something and cover all the ‘what ifs’ and the ‘so forths’ and the ‘so ons.’ Say I am going to manufacture something for you, and we get it all down, and I do the best I can and something isn’t right. Well, if you and I trust one another we can talk about that, we can work it out. We can change the contract if it turns out no longer to be a fair deal. . . . If you don’t observe the Golden Rule, I don’t think you’ll be able to develop that kind of trust.” 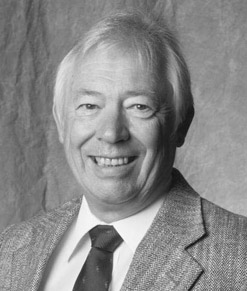 Another information technology executive, Mike Hackworth, the CEO of Cirrus Technology in the 1990s and a board member at several other large corporations, also attributed much of his success to the Golden Rule. Hackworth is aware that the Golden Rule requires a combination of empathy and perspective-taking skill; in fact, he pretty much used those terms when speaking of his debt of gratitude to this very principle. When asked which of his personal qualities was most crucial to his achievements, Hackworth remarked: “One that comes to mind here, interestingly, is empathy. I think that one of the things that has helped me tremendously in my career is that I could put myself in the other guy’s shoes.” 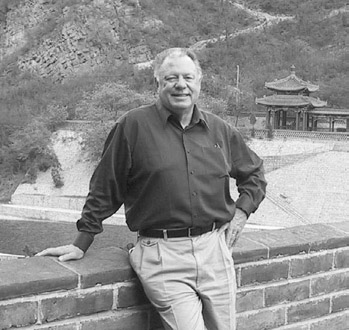 Hackworth’s introspections on his own use of perspective-taking and empathy show how these acts of moral imagination yield unique advantages in the business world, much like the creative uses of the moral imagination that I discussed in Chapter 3. In his inventive approach to salesmanship, Hackworth demonstrates the value of his empathic capacities in a marketing context: “An early part of my career was in selling and marketing, and the important thing that helped me there was . . . I had this different model where you’re trying to reflect the needs of the customer and the capabilities of the supplier and match those up. To the extent that you could match them up, you’d be a successful sales[person]. To the extent that there wasn’t a match, you either go find another customer or go find another company to work for, because you don’t have a basis for a matched transaction. So anyway, getting into all that, my empathy was very key, because I could sit down with the customers and under- stand their needs. So I think empathy had a lot to do with that.”

Empathy helps businesspeople accomplish goals that otherwise might be beyond their reach. Hackworth noted the importance of empathy for communicating with customers in a marketing relationship. His point is that finding the right match between what one has to offer and what the customer needs is critical to any business transaction, and too often a deal will fall through because one of the parties sees this as an all-or-nothing matter, thinking, “We’re either a good match or we’re not.” Yet in many cases, there is a potential for creating an alignment between supplier and customer. A deep understanding built on empathy is the surest route to this end.

Empathic understanding also enables managers to work productively with their employees. Dyana King, one of the principals at Thinknicity, a high-tech recruitment firm, said that her goal at the company is to “create an environment and a culture where people want to work, where people want to come to be part of a ‘destination company’ . . . just because it’s the greatest place to be.” To accomplish that, King says that she “pays attention” to the special characteristics of each person working for her. She deals with employees as individuals, taking care to understand their particular needs and circumstances. 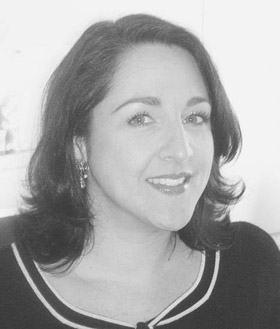 “Every person is different,” she said, “and you have to deal with them on their own terms.” This requires practicing some intricate mental manipulations, such as reconstructing her own perspective to recall an earlier point in her career: “I try to put myself in the shoes of where I was when I was learning this. What were the things that I learned, the little lights that came on for me. Those little ‘aha!’ moments. And I try to think about those and relate it back to the people that I’ve hired, and everybody’s different. A lot of people learn the way I do, and some people don’t learn the way I do, which is more of a challenge. I have to think of a different way of presenting them with the information that’s going to be meaningful to them.”

King uses her empathy skills to cultivate clients in a hotly competitive industry, and to work with them (in her phrase, to “educate them”) so that she can provide valuable services that set her apart from her competitors. “We’re not just a body shop. We actually seek to add value to your [a client’s] hiring process through partnering with you and understanding what your needs are and delivering what you need instead of fifty résumés that I just pulled off the Internet.”

King’s commitment to empathic understanding gives her both a practical advantage as well as an enduring sense of personal satisfaction in her career. On the practical front, she notes that a lot of the competitors who tried to make it in a quick and sleazy way (the “dirty dogs,” she calls them) are no longer on the scene in the wake of the dot-com crash. “The Crash!” she exclaims. “But you know what? We’re still here.” On the personal front, she gives testament to the deepest significance of the moral advantage: “I can sleep at night. That’s more important to me. Like I said, there are a lot of people in our business [who] are strictly motivated by money, and for me personally it’s more than that. I figure that if you run a business above board, you treat your clients with respect and dignity, with honesty and integrity, they will come back to you again and again, and there you’ll have the money part. . . . [But] we’re a company that’s about more than making money.”