Positive human relations in business is a primary benefit of employing the Golden Rule, but it is not the only one. For some, the Golden Rule clarifies the very mission of their work. Especially in times of hesitation and doubt, this can provide a sense of direction and a will to persevere. It is yet another source of the driving purpose that all successful ventures must draw on from time to time. In this sense, the Golden Rule can operate in much the same way as the purposes discussed in Chapter 3, resulting from a similar use of the moral imagination.

Julie Pearl is the CEO and managing attorney for the Pearl Law Group. Her firm specializes in immigration law, and she said that its “vision” is to become “the business immigration firm of choice.” Her decision to focus the firm in this way has contributed greatly to its success at a time of low demand in an overcrowded legal market. But it was not an easy decision. When Pearl was in law school, she told herself, “I’m a generalist.” Specializing in immigration work “meant that I had to turn away clients early on, because someone would call and say, ‘Hey, I married an Italian, can you help me?’ And I would say, ‘Nope, sorry.’” But Pearl’s sharp focus paid off: her firm now generates enough business to fully employ thirty-plus people, and it is still in a growth mode. 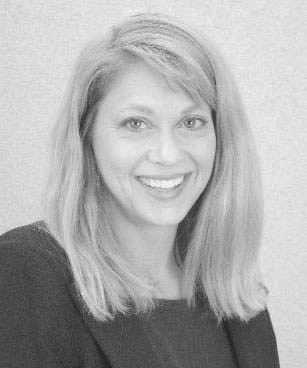 When Pearl talks about legal cases, it is clear that the focus that has so successfully defined her firm’s mission emanates from a moral purpose reflecting the Golden Rule. In fact, she has directly embraced the Golden Rule to generate “creative solutions” to intransigent problems that frequently arise in her line of work. For Pearl, the Golden Rule is not only a motivating source of purpose, it is also a source of the moral imagination necessary to win her cases:

You’ll see in our subdefinition [our focus], how we differ in that we explore all lawful immigration options for our clients, and not just the standard approaches, especially in situations that require creative solutions. And that’s important, because in our field, it’s so easy, for example, if you just say, “Gosh, I just got a call from a guy who is a huge co-founder of a company here, and his immigration department that we don’t represent had told him that he should go a standard way of getting a green card, which is really complicated for him. . . . And he qualifies for a different way (harder for us to do), but a lot of other attorneys just don’t think about other options because the paralegals are all trained to do the standard way, and we get paid pretty much the same fee regardless of whether we do the hard way or not. With the hard way, we have to prove how special he really is—we have to do a lot of creative writing. But I have always said, “If he were my brother and he needed a green card, what would I do for him?”

For Pearl, taking the role of the other (or, more precisely, the role of the other’s sister) triggers an empathic feeling that motivates—in a supercharged manner—her pursuit of creative solutions to knotty immigration problems. In addition, it provides her with an idea of which services her clients will find most useful to help them make informed judgments about their own situations. Along the same lines, Pearl also asks, “How would I give him (my brother) all the knowledge that we have to help him make an informed decision?” Imagining your client as your brother is not the same as imagining your client as yourself, but for Julie Pearl it accomplishes the same empathic purpose, setting the stage for the energetic and creative approach that sets her firm apart from most of her competitors.

Like all the other uses of moral imagination discussed in this book, empathic perspective-taking generates a world of new possibilities that would be impossible to glean from one’s own limited worldview. Using empathy, a leader becomes attuned to the needs of others, thereby opening up new possibilities for business success. There is no better way to gain the customer’s confidence than by making a concerted effort to thoroughly understand his or her wants and needs.