Chapter 1 introduced the Direct Internet Message Encapsulation (DIME) protocol as a message-based encapsulation protocol and described how DIME leverages SOAP metadata in a streamlined message encapsulation process that can provide a better solution than Base64 encoding when sending attachments with SOAP messages in a Web service. This chapter offers a detailed look at how to use DIME with SOAP messages, and how Web Services Enhancement (WSE) supports both DIME and the WS-Attachments specification.

DIME was created with a SOAP and Web services “based world in mind. However, since DIME is not limited just to SOAP and Web services, there must be a protocol that defines how to use DIME with SOAP-based Web services. The mechanics of how DIME is used to encapsulate a SOAP message with attachments is described in the WS-Attachments specification. Later in this chapter, we ll look briefly at some of the non-SOAP applications for DIME, such as streaming binary data.

Proposed by IBM and Microsoft, the WS-Attachments specification leverages DIME to enable an XML-based Web service to efficiently send and receive attachments with SOAP messages. These attachments might be binary files, other SOAP messages, XML fragments, or even other DIME messages. Before WS-Attachments and without using DIME, you could still send these types of attachments encoded in the body of a SOAP message. For example, if I wanted to send a large media file in a SOAP response message back to a requesting client, I could do this by encoding the binary attachments as Base64 XML and including them in the body of the SOAP message. However, the processing on each end of the transaction gets bloated when attachments are very large, as Base64 encoding can increase the size of binary data by up to 30 percent, and even trickier if they are digitally signed. Also, if I want to send other SOAP messages, XML documents, or XML fragments that have a different character encoding than the main SOAP message, the processing can get complicated. These are a few of the instances in which a DIME-based approach makes more sense.

At the heart of WS-Attachments is the definition of a compound SOAP-structure model. In this model, SOAP messages and any related attachments are defined as having a primary SOAP part, which is the main SOAP request or response message, and zero or more secondary parts . In this case, the secondary part is the attachment itself; the attachment can be any kind of data or data fragment and includes XML and other SOAP or DIME messages. Although it s possible to create a compound SOAP structure made up of multiple SOAP messages, XML documents, or other compound SOAP structures, in most Web service applications these attachments are typically large binary files such as image, sound, or video files that are being sent to or returned from a server.

When defining a compound SOAP structure, you should follow these rules:

In this model, there is no requirement that the entire structure be processed or even verified. In fact, it might be more efficient to determine, based on the context of the primary SOAP message and the nature of the attachments, whether any of the attachments need to be processed or verified . If this all seems a little vague thus far, it should become much clearer as we begin to focus specifically on DIME as the encapsulation mechanism for a compound SOAP structure.

Optionally, you can specify a URI identifier in the ID field of this first record if you need to be able to reference it from any of the attachments. 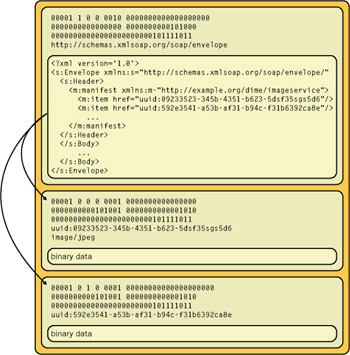 Figure 3-1: The structure of a SOAP message with attachments

When referencing an attachment, the WS-Attachments specification doesn t try to impose a scheme. However, it does specify the following rules for determining the base URI that must be used when converting relative URIs to absolute URIs. The following rules to determine a base URI should be tested in the order listed:

As you know, a DIME message itself is transport agnostic , which allows it to be used with a variety of underlying transport protocols, including HTTP, TCP, and UDP. The only protocol binding explicitly defined by WS-Attachments is the DIME message binding to HTTP.

Although performance benefits for streaming DIME messages can be obtained by using a lower-level protocol such as TCP, in most cases HTTP will be used as the transport for DIME messages. The WS-Attachments specification defines the DIME bindings to HTTP based on the SOAP bindings to HTTP, with the following changes:

In both of these cases, the DIME message must make up the entire body of the HTTP message.

As with HTTP protocol bindings, the Web Services Description Language (WSDL) specification also needs to be extended to provide discoverability for DIME-based Web services. These extensions have been proposed in the WSDL Extension for SOAP in DIME specification found at http://www.gotdotnet.com/team/xml_wsspecs/dime/WSDL-Extension-for-DIME.htm . This specification defines additional XML elements and attributes in WSDL needed to describe DIME- consuming Web services. The major change to WSDL to support DIME involves the addition of the dime:message element in the wsdl:input or wsdl:output element of a Web services operation bindings definition. The dime:message element must include the wsdl:required attribute set to true along with a newly defined layout attribute. This new attribute is used to specify how attachments in a DIME message are referenced by the primary SOAP message. The two possible URI values for the layout attribute are:

Besides these new element definitions, WSDL extensions for DIME also allow the addition of the following three elements in a WSDL file to further describe the nature of DIME attachments used by the service:

The following is a sample WDSL file that describes a DIME-based Web service named DimeSample that exposes a SubmitMediaFile Web method that accepts a file name and binary attachment:

Also, this example references the following namespaces, which are introduced in WSDL Extension for SOAP in DIME specification and that are used for describing references and content types of attachments:

The following illustrates the use of this element to indicate an encrypted attachment: