EDTF is a simple text editor that is designed for editing stream files. EDTF is a good choice for entering and modifying Qshell programs, known as scripts , in the Integrated File System (IFS). EDTF is not the only choice, however; you may instead use text editors on client computers. You can also use EDTF to edit database files, but it is not well suited for this purpose because it knows nothing about database field descriptions.

Use the Edit File CL command (EDTF) to invoke the editor. The EDTF editor has three parameters, which are described in Table 3.1.

In Figure 3.1, file case02.qsh is being opened for editing from a CL command line. 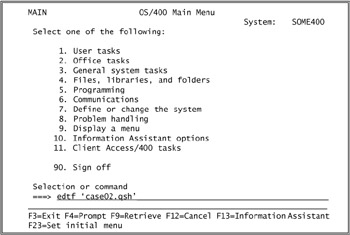 Figure 3.1: The EDTF editor is invoked from a CL command line.

Figure 3.2 shows the editing session. Notice that it is similar to the Source Entry Utility (SEU) in several ways: 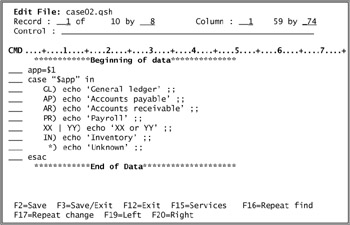 Figure 3.2: Stream file case02.qsh has been opened for editing.

However, there are quite a few differences as well. Here are some of the more obvious ones:

You may enter the commands shown in Table 3.2 in the Control area of the editing screen. Notice that most command names have two forms ”a short one and a long one. The long forms are unnecessary, because the short names are easier to key.

Although the command names are capitalized in the table, they are actually not case-sensitive, so FIND , Find , and find are interchangeable. Parameters, on the other hand, are case-sensitive.

The find command accepts one parameter: a string for which to search. If the string includes blanks, surround it with single quotation marks or double quotation marks, as in the second of the following two examples:

If the string for which you are searching does not contain either single or double quotation marks, it does not matter which type of quotation marks you use to delimit the search string. However, if the search string contains one type of quotation-mark character, you must surround the string with the other type. To repeat the find command, press the F16 key.

The change command accepts two parameters: an existing string and the string to replace it. The following lines illustrate this command:

To repeat this command, press F17.

The contents of the file are shown in the editing area, between the "Beginning of Data" and "End of Data" markers. Each record of the file begins with a three-character blank area into which editing commands may be entered. Table 3.3 lists these commands and their meanings.

Most of the display is reserved for entering the text to be stored in the file. Type the text to the right of the three-byte line-command column. All text must be entered free-format ; formatted prompting, such as SEU provides when the F4 key is pressed, is not supported under EDTF.

Below the text-entry area is a function-key legend. Table 3.4 summarizes the function-key assignments for EDTF.

Notice that the F3, F15, F16, F17, F19, and F20 keys behave in much the same way in EDTF as in SEU. Pressing F3 does not present an exit panel to permit you to save or abandon changes. Instead, use the F2 key to save the file at any time. Use F12 to exit without saving changes.

The following pages provide two simple exercises to help you get started using EDTF. In the first exercise, you will create a stream file and enter text into it. In the second one, you will revise the stream file.

This naming convention is not mandatory, of course, but it is a good one to use. Another good convention is /home/ user-profile , where user-profile indicates your user ID. The HOMEDIR (Home Directory) parameter of the Create User Profile command (CRTUSRPRF) defaults to this convention.

At this point, you should have a directory in which you can place stream files. Use CL's Change Current Directory command (CD) to work from that directory:

Now you are ready to create the new file. Enter the following command:

Unless you already had a file named test01.qsh in your directory, you should see the display in Figure 3.10. If you already have a test01.qsh file, then you will see its contents instead. In that case, use a different file name for this exercise. 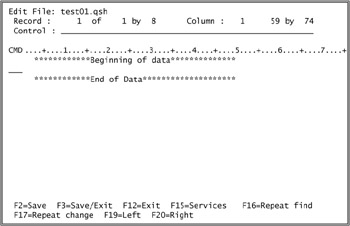 Figure 3.10: If the file is empty, EDTF provides one blank line.

Since the file is new, EDTF gives one blank line on which to enter data. This is inadequate, because you are going to enter two lines. To add a line, type the letter I (in either uppercase or lowercase) in the prefix area of the blank line, as shown in Figure 3.11, and press Enter. 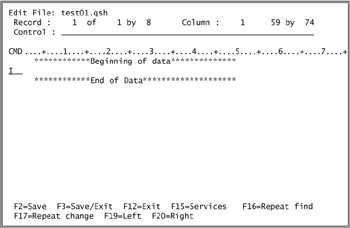 Figure 3.11: Use the Insert command in the prefix area to insert new lines into the editing area.

Now there are two blank lines, so you are ready to write your stream file. Enter the two lines shown in Figure 3.12. 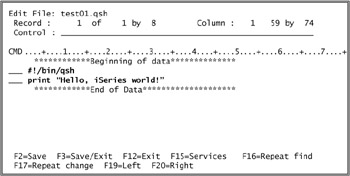 Figure 3.12: Two lines of text have been entered into the editing area.

Press the F2 key to save the file to disk, then press the F3 key to exit the editor and return to the CL command line.

To change the stream file you just created, start by running the EDTF command again to invoke the editor. This time, the system should load the editor with the contents of the test01.qsh file.

Move the cursor to the prefix area of the second record, type I (for insert) and press Enter. The editor adds a blank line just before the End of Data marker. Fill in the line as shown in Figure 3.13. 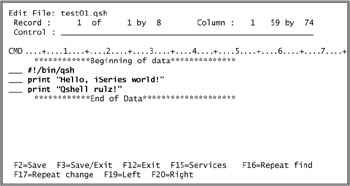 Figure 3.13: An existing file has been opened and new text has been added.

As before, press F2 and F3 to save the changes and exit the editor.

The EDTF editor is a general-purpose text editor you can use for creating and modifying Qshell scripts and other text files in the Integrated File System. It is not the only, or even the best, editor for entering Qshell scripts, howeverPC- based editors are much more powerful and do not sap system resources. Still, EDTF has the advantage that it is available on all OS/400-based systems.

SQL for eServer i5 and iSeries

IBM System i APIs at Work