Getting TV cards, Webcams, and other video devices to play in Linux is still a bit of an adventure. Most manufacturers of TV cards and Webcams are not losing sleep to produce Linux drivers. As a result, most of the drivers that bring video to your Linux desktop have been reverse-engineered (that is, they were created by software engineers who watched what the video device sent and received, rather than seeing the actual code that runs the device).

The first, and probably biggest, trick is to get that TV card or Webcam that is supported in Linux. Once you are getting video output from that device (typically available from /dev/video0), you can try out a couple of applications to begin using it. This section describes the Tvtime program for watching television and the GnomeMeeting program for video conferencing.

The tvtime program (tvtime command) lets you display video output, in particular television channels, on your desktop. You can change the channels, adjust volume, and fine-tune your picture. In addition, tvtime sports a slick on-screen display and support for a widescreen display.

Tvtime will display, by default, any device producing video on the /dev/video0 device. Therefore, you can use tvtime to view Webcams as well as receive television channels. The following sections describe how to choose a TV capture card and use tvtime to watch television on your desktop.

Getting a supported TV card

Video4Linux is the video interface included with Fedora. It supports a variety of TV capture cards and cameras.

To see a list of supported TV cards that you can use with tvtime, refer to the CARDLIST and Cards files. To view these files, you need to have the kernel-source package installed, as described in Chapter 27. You’ll find the Cards file in the following location on your Linux system:

The Cards file applies to the Video4Linux bttv driver. In addition, look at all files starting with CARDLIST in the following location:

Video4Linux is designed to autodetect your TV capture card and load the proper modules to activate it. So install the TV-card hardware (with the appropriate connection to your TV reception), boot Fedora, and run the tvtime command as described in the next section. You should be able to see video displayed on your tvtime window.

If your card appears not to be working, here are a few things you can try:

You can also add other options listed in the Insmod-options file for the bttv driver. If you are still having problems getting your card to work, a mailing list is available on which you can ask questions about Video4Linux issues. The location is:

One possible reason that you don’t see any video when you try to run tvtime or other video applications is that some other person or video application already has the video driver open. Only one application can use the video driver at a time in Fedora. Another quirk of video4linux is that the first person to open the device on your system becomes the owner. So you might need to open the permissions of the device file (such as /dev/video0) to allow people other than the first person to use it to access the video4linux driver (for example, chmod 666 /dev/video0).

To start up the tvtime viewer, simply select the TVtime Televison Viewer choice from the Sound & Video menu. Or, type the following from a Terminal window on your desktop:

Here are a few things you can now do with your tvtime on-screen display:

The GnomeMeeting window lets you communicate with other people over a network through video, audio, and typed messages. Because GnomeMeeting supports the H323 protocol, you can use it to communicate with people using other popular video-conferencing clients, such as Microsoft NetMeeting, Cu-SeeMe, and Intel VideoPhone.

To be able to send video, you need a Webcam that is supported in Linux. Although not all Webcams are supported in Linux, you still have a few dozen models to choose from. The following sections show you how to set up your Webcam and use GnomeMeeting for video conferencing.

Getting a supported Webcam

As with support for TV capture cards, Webcam support is provided through the video4linux interface. Some of the supported cameras have a parallel-port interface, although most Webcams currently supported in Linux require a USB port.

To see if your Webcam is supported, check the /usr/src/linux*/Documentation directory. A few parallel-port video cameras are described in the video4linux subdirectory; however, the bulk of the supported cameras are listed in the usb directory.

Supported USB cameras should be autodetected, so that when you plug them in the necessary modules are loaded automatically. Just start up GNOME Meeting (gnomemeeting command), and if everything is working you should see video from your Webcam on your Linux desktop. Here are a few things I typed to check that my Webcam was working properly:

The output from lsmod shows that the pwc driver was loaded and associated with the videodev module. To see information about the pwc module (which is specific to this Webcam), I typed the following modinfo command:

To start GnomeMeeting from a Terminal window, type gnomemeeting &. If it is not installed, you can install the gnomemeeting package from the DVD that comes with this book. The first time you run GnomeMeeting, the GnomeMeeting Configuration Assistant starts. The assistant lets you enter the following information:

Figure 8-7 shows the GnomeMeeting window with the history log to the right and the address book behind. 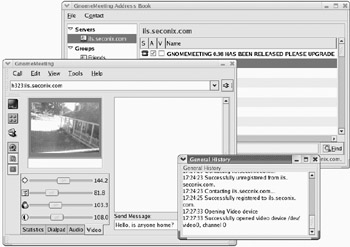 Figure 8-7: Connect to ILS servers to video-conference with GnomeMeeting.

In the GnomeMeeting window that opens you can click on the book icon to open a search window (shown to the upper right in Figure 8-7). The search window enables you to connect to an ILS directory. By typing a name into the search filter, you can search for people who might be connected to that server by first name, last name, e-mail address, or location. Select a person from the list that appears and, if he or she accepts your call, you can begin video- conferencing.

Tabs beneath the video window let you adjust your audio levels and video appearance. The History tab shows a log of your activities.