To operate through encrypted connections across the Internet, the network segments at each end of a site-to-site VPN must be under the administrative control of the enterprise (or enterprises) running the virtual network. In practical terms, this means that the endpoint routers must be under a common security and operational regimen. Above all, the endpoint routers in a VPN must operate a common encryption scheme.

Traditionally, long-distance connectivity to an internetwork relied on a WAN with a leased line. Furthermore, a leased line is simply not an option for an individual who is traveling and cannot be in one place long enough for a leased line to be justified. The following are some reasons why VPNs are making an impact on the leased-line market:

What Composes a VPN?

Think of VPNs as wide area networks that operate at least partly over insecure networks such as the Internet. Like most WANs, a VPN could provide a mixture of access types, as shown in Figure 7-16. 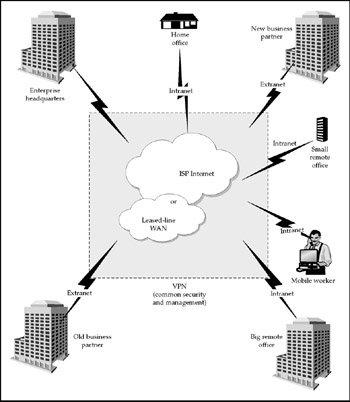 Figure 7-16: VPNs are encrypted WANs that come in variations

VPNs are steadily taking over the role of WANs in enterprise networking. All or part of a VPN can be an intranet, an extranet, or a remote access vehicle for telecommuters or mobile workers. A significant number of new VPNs are owned and operated by Internet service providers, who parcel out VPN bandwidth to enterprises. Outsourcing VPNs is becoming a standard practice for all but the largest enterprises, because it's less expensive and the enterprise can rely on the ISP to manage VPN infrastructure for them.

Encryption and other security measures largely define a VPN. This is for the simple reason that running enterprise WANs over the Internet is easy and inexpensive, but not feasible without appropriate security. Thus, security is part of what makes up a VPN. It is also defined by a suite of Internet-compatible access servers, network appliances (such as firewalls), and internetwork management techniques.

The components making up a VPN are:

This list shows how a VPN is as much about seamlessness as security. Forcing network administrators or users to go through multiple steps to accomplish simple tasks would make using a VPN as infeasible as poor security. In practical terms, therefore, a VPN must be configured using hardware and software devices with these required characteristics.

To deliver VPN functionality, Cisco has used a broad sword to make a name for itself. Rather than focus on just the hardware side of the issue, Cisco developed an integrated solution relying on both hardware and software.

The Cisco solution doesn't put all of its VPN eggs in one basket. In addition to routers and PIX firewalls enabled with VPN functions, they have software designed to make use of that extra functionality. The following sections take a closer look at Cisco's hardware and software, and how the two can be used together to deliver VPNs for remote access, intranets, and extranets.

Some of Cisco's VPN-enabled hardware is listed in Table 7-4.

Though Cisco is building VPN functionality into its hardware, they haven't forsaken the software end of the solution. Cisco's VPN solution can start at a piece of equipment that has no earthly connection to a piece of Cisco hardware. When Cisco Secure VPN Client version 4.8 is installed on a Windows-based PC, a telecommuter, remote office, or traveler can connect across any internetwork with its own VPN tunnel.

The client-which can be placed on a PC anywhere in the world-whose traffic traverses the Internet just like any other traffic, finds its way to its home router or PIX firewall.

Installation is a simple process of double-clicking an icon on the installation CDROM. Once the client is installed, it sits quietly in an icon at the bottom of the screen until it is needed.

Features Under the hood, Cisco's VPN client features a number of tools aimed at ensuring safe, stable IPSec tunneling. Some of the major features include

When a combination of Cisco's VPN-enabled hardware and software come together, that's when the strength of the Cisco VPN solution is evident. For instance, by using a Cisco Secure PIX 515E Firewall along with the PIX 7.2 software, the PIX can create and/or terminate VPN tunnels between two PIXs, between a PIX and any Cisco VPN-enabled router, and between a PIX and the Cisco Secure VPN Client.

The following scenarios explain how different VPN needs can be met.

Remote Access The most basic VPN comes when a user needs to access the network from a remote location. For instance, if a salesman is traveling and needs to access information on the company's network, he need only initiate a VPN back to the home office.

Let's look at how a remote access connection can be made. Figure 7-17 shows a pet food company's headquarters located in St. Paul, Minnesota, and a salesman, who is on a business trip in Boise, Idaho. To access his company's network, the remote user will be connected through a secure tunnel that is established through the Internet. This allows the salesman to access internal information as if his computer was physically connected to the corporate LAN.

Figure 7-17: A remote user utilizes a VPN to access the corporate network

In Figure 7-18, we add the hardware elements that will make the VPN possible. 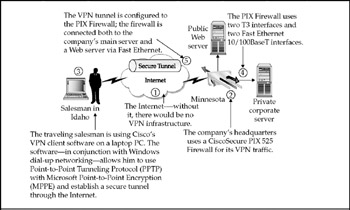 Figure 7-18: These are the hardware components of a remote access VPN connection

Note: Refer back to Table 7-4 for a list of Cisco's VPN-enabled hardware.

Of course, your internetworking needs and your means will feature prominently in your decision between a PIX firewall and a router. For maximum security, you should use the firewall. A VPN-enabled router or concentrator provides much-increased performance over software-only VPN solutions.

This configuration works well for the "traveling salesman" scenario, but VPN functionality can also be established between two companies or a company and a branch office.

Site-to-Site Access Even in an environment where a WAN is the preferred mode of connectivity, a substantial cost savings can still be realized by employing a VPN. Site-to-site VPNs extend the classic WAN by replacing existing private networks utilizing leased lines, Frame Relay, or ATM to connect business partners and branch offices to the central site.

In this capacity, VPNs don't change the requirements of private WANs, such as support for multiple protocols, reliability, and extensibility. Rather, they meet these requirements, but are more cost-effective and flexible. To deliver private WAN-style capabilities on a budget, site-to-site VPNs can use the Internet or Internet service providers by utilizing tunneling and encryption for privacy, and, in some cases, Quality of Service for reliability. The following scenario shows how a VPN can be established between a company's headquarters and a remote office (intranet) or between two business partners (extranet).

In this example, let's show how two business partners can link their respective networks together across the Internet. Figure 7-19 shows the headquarters of HydroDynamics, which needs to provide network access to extranet partner, Johnson Pneumatics. The two offices are connected through a secure IPSec tunnel, which connects through the Internet. Employees at Johnson Pneumatics are able to access the Web server of their business partner across the country. Figure 7-20 shows the hardware and software details of the VPN link between HydroDynamics and Johnson Pneumatics.

Figure 7-19: Business partners can use VPNs to link their organizations 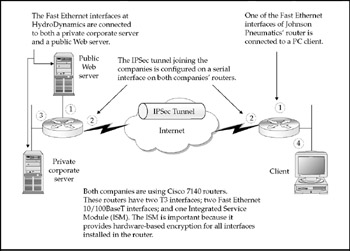 Figure 7-20: These are the hardware components of a site-to-site VPN solution

As you can see, connecting two business partners or a branch office through VPN is much easier and less expensive than a WAN. By safely and securely tunneling though the Internet, connectivity can be delivered without taking too much of a bite out of an organization's bottom line.