While several of the constructs in the model employed here are not directly addressed in information technology research, as mentioned above, their interrelationships are discussed in the social science and organizational behavior literature. The two central constructs in the model are computer self-efficacy and outcome expectancy. Self-efficacy theory (Bandura, 1982, 1986) emphasizes the impact of the individual's cognitive state on outcomes, such as loss of control, low self-confidence, lowered achievement motivation, and perceptions of future outcomes (Bandura, 1986; Meier, 1985; Seligman, 1990). It determines the individual's level of persistence to learn a task and influences the individual's perceptions of future outcomes. As previously defined, outcome expectancy refers to an individual's belief that task accomplishment leads to a desired outcome. Outcome expectancy is defined as the consequence of an act and not the act itself. Each of these constructs has a separate and distinct impact on individual behavior and affect, although Bandura (1986) states that self-efficacy typically has the larger effect. Self-efficacy also has a direct impact on outcome expectancy (Bandura, 1986; Stone & Henry, 1998). The value of expectancies lies in the notion that not only is there a direct relationship between expectancies and behavioral and affective outcomes, but that the relationship is causal (Sadri & Robertson, 1993). One such outcome is organizational commitment.

Through computer self-efficacy and outcome expectancy, organizational commitment has a number of antecedents. Past and current work experiences (e.g., past computer experience, degree of system use, and ease of system use) have long been associated with organizational commitment (Steers, 1977). Consistent results have long been found in other studies examining employees' experiences in challenging, yet well defined jobs (Brown, 1969; Marsh & Mannari, 1977; Steers & Spencer, 1977). Further, Stevens et al. (1978) found that employees who experienced a greater dependence on the work of others (e.g., computer staff support) felt more committed to the organization than employees experiencing lesser levels of these factors. Several other studies found similar antecedents influenced behavioral and affective outcomes mediated by self-efficacy and outcome expectancy (Bandura, 1986; Henry & Stone, 1994, 1995, 1999; Stone & Henry, 1998). 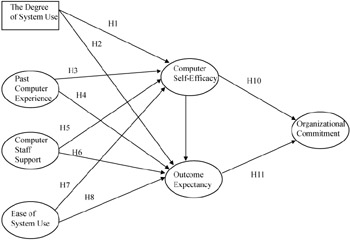 Figure 1: The Theoretical Model and Hypotheses