A great plan is the first step to a great game. Smart planning can give a talented team the environment in which to take an average idea and execute it excellently. Conversely, bad planning can mean that an excellent idea never reaches its full potential. Understanding the stages of development and how to prepare for each stage is a critical part of successful game development. Although designers are not typically responsible for creating the project plan or managing it, the more you know about the process of development, the better a designer and the better a team member you’ll become.

Games tend to be some of the most technically advanced software in the world, and the challenge in creating them keeps growing as the teams get larger and the player expectations increase. Knowing how to put a good process in place, taking time to learn what certain types of features cost, how long it takes to develop art and animation, are all ways that you can ensure the success of your ideas. Additionally, knowing what to do when the schedule slips, how and when to respond are skills that you’ll need to have, no matter what role you play on a team.

The outline we’ve given you here is just the bare bones of the real experience. You will find that shipping a project you have worked on from concept to delivery and living to tell the tale is, in spite of all the challenges, long hours and hard work, one of the most satisfying experiences you will have as a game designer.

I was a struggling film actor with a series of dead-end jobs on the side to help pay my bills. I started looking for something I could do that might interest me as much as acting. I had always been a gamer and dreamed of creating my own games, so I applied with EA. In the interview I told them my goal was to be a game designer within five years. I started as a game tester, and after a year and a half in the QA department, I moved into production and started making games.

Creating NBA Street. Everyone’s expectations for the game were basically just that we deliver an arcadelike basketball experience. We took the game much further, introducing bold new gameplay concepts and representing streetball culture. The gameplay engine was created from scratch, and became a step forward for basketball games in a lot of ways. 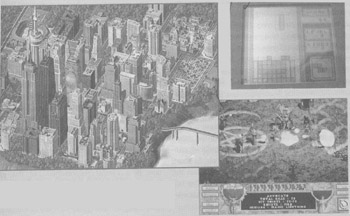