Ethics and the Purposeful Life

The only way to arrive at a firm ethical commitment of this kind is to see the centrality of ethics to the life that you desire. Reflecting on your ideal self is an essential way of developing this vision. Reflecting on the deepest purpose of your work is another. In people with the steadiest ethical bearings, these two streams of reflection come together, creating a vivid sense for them of the standards that they must follow if they are to find success and satisfaction in their work.

Amy Francetic, who produces demonstration mobile events for IDG Executive Forums, part of a large publisher in Boston, discussed with us people who had been role models for her during the early phases of her career. Like many businesspeople, Francetic encountered individuals along the way who had a strong positive influence on her self-development; and she encountered others who were “anti-mentors.” She modeled herself precisely on what these “anti-mentors” were not like, as she disrespected the poor ethical choices that they made. Francetic is convinced that unethical behavior is a recipe for personal failure, even if, somehow, one manages to get away with it in a financial sense. Speaking of her days at some large toy companies where she worked her way up the corporate ladder, Francetic said: 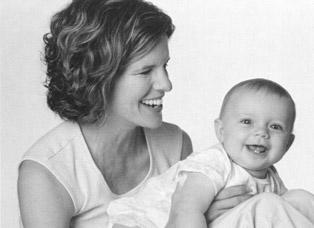 There were a lot of folks that I just didn’t like their ethics. They would clearly lie to people. They would say one thing to one group and then say something else to another group. From a business standpoint I felt that was really bad practice and would come back to bite you. Other people just treated people terribly. . . .

So I’ve always felt like it’s really important for me not to have a lot of regrets about how I managed my interactions with my coworkers as well as business partners on the outside. And that there was a certain amount of integrity. And if we didn’t believe in what we were doing, then that was a real lesson too.

“Believing in what you are doing” is the thread that ties the whole bundle of your personal aspirations about self, work, and life together into an ethical frame. Almost all the business leaders we interviewed took this as the first principle of their career aspirations. The meaning of their work was their true bottom line—not replacing financial gain, which they also saw as essential, but superseding it as a matter of ultimate concern. When you keep the moral purpose of your work firmly in mind, ethical conduct comes easily and naturally, with little need for agonizing doubt or equivocation.

One of the most striking findings of our study is this near unanimity of attention to the higher meaning of their work. For example, C. William Pollard, the chairman and CEO of ServiceMaster, has said: “For most people, the firm is all about maximizing profits. From my perspective, it cannot and should not be the sole purpose of the firm. When it is, I believe that it is ultimately self-destructive, because I do not think you can generate profits without people; if people do not have a purpose and meaning beyond generating profits, you will come up against the law of diminishing returns. In the long run, you are not going to have consistent production of quality products and services unless people see a mission beyond profit. People work for a cause, not just a living.”[9] 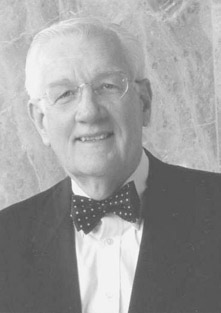 In our interview with Pollard, he said that what brought meaning to his work was his goal of fostering the development of his employees. He told us: “So, as I’ve seen people grow as individuals, grow in who they’re becoming as well as in what they’re doing, grow as parents, grow as contributors in their community or contributors in their churches or places of worship, grow as healthy citizens, all those things are fulfilling to me and bring meaning to the fact that work results in that.”

In a similar vein, Norm Augustine, the chairman and CEO of Lockheed Martin, said that “what I was trying to do was build the greatest aerospace company in the world, and I thought that if we did that, maybe that would increase shareholder value. But to me you have to have a more lofty goal than making money.” From this conviction flowed Augustine’s commitment to ethical behavior. Interestingly, in discussing ethical behavior with us, Augustine commented that “the Golden Rule is as good a summary as anything I can think of.” He said that most of the businesspeople with whom he deals are “very decent, very ethical,” and this is no accident. 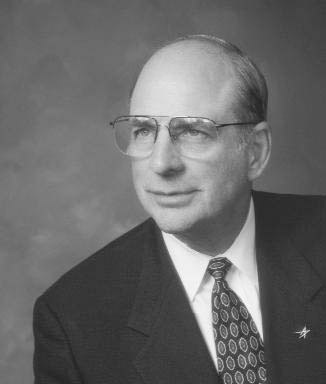 Augustine related a story in his interview that directly speaks to the strong links between purpose and ethical choice. When launching a spacecraft, his company receives a large bonus from the customer if the spacecraft safely completed its mission. One day, an insurance company offered to insure such bonuses in case of mission failure. The insurance was priced cheaply, and it offered a win-win prospect for Augustine: “If the spacecraft blew up, we’d collect from the insurance company, and if it didn’t blow up, we’d collect from the customer.”

Augustine saw this as an ethical question. Even though the insurance might be in the best interest of his shareholders, it violated the customer’s intent. After all, the customer was not offering a bonus simply to maximize Augustine’s take-home profit. The customer offered the bonus as an incentive for a successful mission. “I always distinguish between short term and long term,” he said, “because I think so many ethical cases are cases where in the short term, if you do the right thing, it hurts the bottom line. But I truly believe that if you can build a reputation as somebody [who] can be trusted, business opportunities will come to you for the long term that will more than make up for the penalties that you pay in the short term, by and large.”

Augustine—himself an engineer—also sensed that the bonus incentive would be irrelevant to the workers in the factory and on the launch pad. They would do their best to build a high-quality spacecraft whether or not the company received a bonus. So it wasn’t really needed as an incentive. This made the insurance idea even more palatable, however, because if the incentive wasn’t needed, there was no reason to worry about the possibility that the insurance would weaken the incentive.

Still, in the end, Augustine decided that he was ethically required to deal with the customer in good faith by making sure that he was honoring the customer’s intent. To see whether the customer cared about the insurance policy, Augustine went to the customer and informed him of the situation. “They said they cared a lot,” he reported, “and so we didn’t buy it.” In this way, Augustine took his ethical cue from the customer’s purpose in arranging the bonus, a purpose that he shared when he accepted the deal. Using that shared purpose as a moral touchstone, Augustine saw that his only honorable option was to disclose the new insurance offer to his customer so that he could make sure that his course of action was consistent with that purpose. When the customer replied that no, it wasn’t, Augustine’s ethical dilemma was immediately solved. The surest way to determine the right ethical choice is to recall your moral purpose and choose acts that are consistent with that purpose.

Legendary businessman Ted Turner, the founder of CNN, told us that he “never did anything dishonest in business, or unethical. I [have] always beat my opponents fair and square. I [have] always played by the rules, written or unwritten.” Inextricably connected with this ethical stance was Turner’s conviction that he do something crucially important for the world. He had the sense that many global conflicts arose from, or at least were aggravated by, a lack of good communication among the opposing parties. When he started CNN, the United States and the Soviet Union were at loggerheads over a host of conflicts stemming from the disparate worldviews of communism and capitalism. (One of Turner’s other responses to this problem was creating the Goodwill Games in the 1980s.)

Turner created the first truly international, twenty-four-hour news outlet, broadcast to every corner of the world. For the first time in human history, anyone with access to a television set could watch the same news unfold and obtain the same information about current events. Turner told us: “I thought it was going to be helpful to everybody. I was a Rotarian, so was my father, and their motto was, He who profits most serves the best. I have always felt that you profited better if you had a strong service component to what you are doing. I did that all the way through. . . . I always had a strong commitment and a high sense of social focus on what I was doing.”

This refrain was echoed with such frequency in our interviews that it leaves little doubt about the sentiment’s profundity and sincerity. One CEO of a large manufacturing company worried that the current ethical climate in business may represent a “bad cycle” in human history, and he identified the root cause as lack of a higher purpose on the part of aspiring businesspeople. He also located the problem in the failure of business schools to teach ethics in a way that inspires a sense of higher purpose. This CEO said: “Too many of these young people [with degrees from] . . . business schools, their major aim is to say, ‘Well, I want to make a million dollars before I’m thirty.’ They don’t say, ‘I want to do a good job or help build a company’ or something like that. There’s nothing much selfless in them, and they’re doomed to failure if there isn’t a high selfless quality in their own values.” Like other business leaders celebrated in this book, this CEO believes that the ethical behavior that flows from a noble purpose not only serves humanity, it also enables personal success.