How Universal Is the Fear?

Cicero, one of the great philosophers of the world, who lived in the first century b.c., wrote that all good public speaking was characterized by nervousness.

Benjamin Disraeli, known in England in the 1800s for his dramatic political views, once said that he would rather have led a cavalry charge than faced the House of Commons for the first time.

William Jennings Bryan, one of the great American orators of the twentieth century, admitted that, in his first attempts, “his knees fairly smote together.”

More recently The People’s Almanack Book of Lists printed the results of a survey of three thousand Americans. One of the most startling outcomes was the answer to the question: “What are you most afraid of?” The results appear in Figure 1-2: 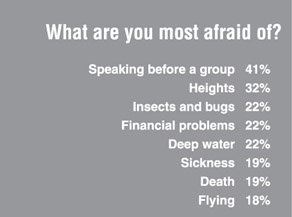 Figure 1-2: From The People’s Almanack Book of Lists by David Wallechinsky, et al. Used by permission of Bantam Books.

A Survey—What Are You Most Afraid of?

You can see from the percentages that this survey elicited more than one response per person.

But it’s important to recognize that there were no multiple choices involved in this survey, no hints to lead the respondents. It’s called an “unaided” survey. A cross-section of America searched its collective soul and 41 percent said, “Speaking before a group is what I fear most.”

When the same question was asked on an “aided basis,” which means the respondents are given a list of probable fears to select from, more than 90 percent selected speaking before a group.

So if you have ever felt the roaring wings of butterflies fluttering around in your stomach before a presentation, you are just like the rest of us, part of the Human Race. A dry mouth is normal. So is a feeling of tension. So is a quaver in your voice, a sense of awkwardness, not knowing what to do with your hands, shortness of breath, sweatiness, a somewhat sickly pallor, and more.

It’s hard to pin down what causes this virtually universal fear. The simplest explanation is that when you stand up to speak to a group you see a superior force out there. All those people. And it’s them against you. A primal safety valve flicks open. The central nervous system sends you an extra jolt of adrenaline to help you meet this challenge.

Part of the Human Condition

It’s the same adrenaline rush and the same question that your ancestors faced back in the Stone Age, when they suddenly came face-to-face with a saber-tooth tiger. Fight or flight? Do they stay there and fight or do they run for the hills? No matter what their decision, they needed all the adrenaline they could get.

I share this with you so that you will see that you are not alone if you suffer stage fright or fear of speaking in public. It happens to everyone. It’s simply part of the human condition.

But let’s stop here. We don’t overcome fear by wishing it were gone. There is a process involved, and I don’t want to gloss over it.