Chapter 1: Afraid? You Are Not Alone

When I was twenty-five years old, my father, Arthur Daley, won a Pulitzer Prize (see Figure 1-1). He was a sports columnist for the New York Times—the first ever to be so honored. I had just finished four years as a Navy jet pilot, flying off aircraft carriers and having the time of my life. Laura, my first child, was about to be born. I was scrambling around New York City trying to find a job so that I could make a living as a civilian and be able to support my family. 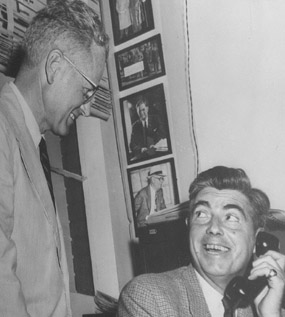 Figure 1-1: Photo courtesy of the authors.

I was impressed with my father, but not as much as I should have been. I didn’t appreciate how great an honor the Pulitzer was. To me it was just another award, and he received lots of them. But as the days went by, people were constantly talking to me about it. How rare the accomplishment was. How he was the first in his profession. “Wow!!” they would say, “You must be so proud.”

It began to sink in. I began to look at my father differently, more as a hero, of sorts, instead of the man who couldn’t understand why I was having so much trouble finding a job. I began to realize that he was at the top of his profession. He was really something special. Everyone looked up to him and admired him.

A Dinner in His Honor

One day he said to me, “There is a dinner in my honor scheduled next Thursday night. Do you want to come?” “Who’ll be there?” I asked. (No sense in my commenting on what an ungrateful question that was.) “Just about everybody in the sports business,” he said.

So, on Thursday night, my father and I, along with fifteen hundred other attendees in full black-tie regalia, went to the Waldorf-Astoria to honor Arthur Daley, the first sports writer ever to win a Pulitzer Prize.

I was astonished at the number of people. The cocktail hour preceded the dinner and everyone talked sports, my favorite subject. And I was introduced as the son of Arthur. I couldn’t have had better credentials; I was having a really good time.

They Want Me to Speak

Suddenly, Nat Goldstein, the special events manager for the New York Times, sidled up to me and said, “Kevin, we want you to be one of the speakers tonight. You will sit up on the dais and be the fourth speaker.” I was dumbstruck. It was like a bowling ball hit me in the stomach.

“But this is your father who is being honored. You know him better than anybody here. It would be easy for you to speak for ten minutes or so and tell us about him from your viewpoint.”

“You don’t understand,” I said. “I can’t stand in front of an audience and speak. I avoid it at all costs. I’m not a speaker. Nothing will come out. I can’t do it.”

The Die Is Cast

“Well, Kevin, let me tell it the way it is,” replied Goldstein. “You will sit on the dais. Your name is printed in the program. At a certain point you will be introduced as the next speaker. The audience will applaud. Then you can decide whether you will just sit there, or you will walk to the lectern and speak. There is nothing I can do about this. My job right now is to let the speakers know the order in which they will be called. Good luck to you; I know you can do it.”

That was the end of the really good time I was having. I found my seat on the dais. The dais was a long table, raised up on a platform, with about twenty-five seats facing the audience. It was occupied by the most important people in attendance: the mayor, the governor, two senators, Cardinal Spellman, owners of the New York sports teams, and others.

Gradually they all sat down and dinner was served. I, of course, sat there in terror. I scribbled a few notes, repeated my opening lines over and over, and tried to eat some of the dinner. I could chew but I couldn’t swallow—no saliva. I washed a couple of chunks of food down with water and then gave up. This had turned into a nightmare, and my name hadn’t even been called yet.

The main course was over. The master of ceremonies walked to the lectern and began. The first speaker was the mayor. The second was Jack Mara, co-owner of the New York Giants football team and my father’s best friend. He was good and said nice things. I could see that my father was enjoying this. I don’t remember who the third speaker was, just that I wished he would talk forever. He didn’t—I heard myself introduced,

My Turn to Speak

I somehow walked to the microphone. I still remember the stilted language of my opening phrase. (I memorized it then, and it has painfully run through my mind so many times since.)

“It is not for a junior member of the clan to extol the merits of its headmaster . . .”

I stumbled through ninety seconds and sat down. The audience applauded, of course. They always applaud. But I knew I had not done well. So did they. So did my father.

Others spoke, some with eloquence, some with humor. All were laudatory. Then my father spoke. He was funny and self-deprecating. They roared and cheered. Everyone seemed to be having a good time. Except me. I sat there wallowing in my failure. I had let my father down. I had the opportunity to make my father proud of me at the moment of his greatest triumph, and I didn’t do it.

The next day I hugged my father and said I was sorry. He said, “You did all right. Most of them talked too long. You seemed to realize that shorter is better.” I didn’t buy that but was glad he said it. It demonstrated that you can always find something to praise if you try hard enough.

Within a day or so, I signed up to take the Dale Carnegie course, which is one of the best self-help programs for people afraid to stand up and speak in public. It was a tremendous help. It gave me confidence, and confidence is like a baby’s first step. Everything else depends on it. I saw, by observing others in this program, that many people suffered from the same stage fright that I felt. Later, when I began to study the subject, I discovered that even some great men of history had stage fright, or experienced the same fear.