Structure of the WSDL Document

The WSDL document describes each piece of the Web Service from each of the elements found in the XML (besides the standard SOAP elements) to the transport and the name.

The main six parts or elements of the WSDL document include: definitions, types, message, portType, binding, and service. Table 4.1 summarizes what each section describes.

Each of the sections is covered in greater detail later in the chapter. To help illustrate the structure of the WSDL document, Figure 4.2 uses a diagram. 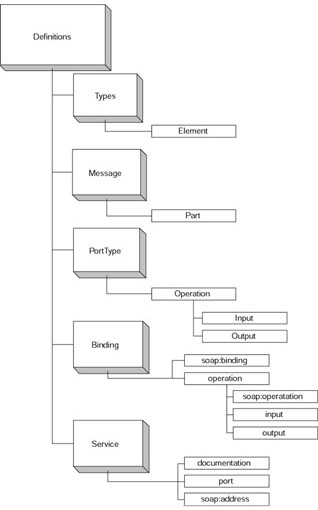 Figure 4.2: Illustrates the structure of the WSDL document along with any child elements of each major section.

You’ll notice in Figure 4.2 that several of the elements actually have child elements as well. For example, the types element has an element that describes the elements found in the XML; it may contain several elements for a Web Service that contains many methods.

Now that you have been briefly introduced to each section of a WSDL document, the following sections go into greater detail.

definitions is the root element of the WSDL document. The beginning of the document may look like the following.

Table 4.2 describes what each namespace definition does for the WSDL document.

Remember that a namespace is just a unique placeholder for a set of elements in an XML document. The URL is just a unique value and is not necessarily a URL to which you may point your browser.

The types element defines the different elements used within the Web Service. The elements defined here are for the variables in our Stock Quote Web Service. Just like with SOAP, WSDL uses the types from the schema standard so that standard types are used.

The types element defines a schema in the middle of our WSDL document. By doing this, a WSDL document is able to use the types defined in the schema standard rather than having to create its own.

Take a look at the following example and notice that several elements are defined.

Now the WSDL document needs to describe and name both the request and response message. This comes after the type definition and gives a path back to the types in the message. The message elements look like the following.

This gives the request and response messages a name so the applications or Web pages using this service know the name of the message to send and expect back when using a particular service. Note that this is protocol independent because there is no mention of HTTP or SMTP.

To use the two messages defined in the previous section with the message element, you must define them as the request and response for a particular service.

This is done with the portType command, as shown in the following example.

GetStockQuote is now considered the name of the operation. The operation is the request for the price of a particular stock and the response is in the form of a price for that stock. The input and output messages just combine the two definitions used earlier so that the client knows that a particular request and response message belongs to a particular method in a Web Service.

The binding name can be anything you wish. In this case, the name is GetStockQuoteBindingName.

The next element is soap:binding. It defines the style of the binding and the transport. There are two styles to choose from: RPC and document. RPC indicates that a message contains parameters and that there are return values. When the style attribute contains document, the request and response are passing XML documents within the body of the SOAP message.

The namespace in the transport indicates which protocol is used for the Web Service. In this case, we use HTTP by looking at the namespace. This is the required namespace for the HTTP transport. If using another transport such as SMTP, you can specify your own namespace, but the name must contain the transport like this: http://advocatemedia.com/smtp/. It is interesting to note that a WSDL document must specify the transport, but it cannot specify the address of the service according to the standard.

The only part of the Web Service left to define in the WSDL is the actual service.