In Chapter 1, Test-Driven Development Practices, we discussed the need for a framework to support the development, management, and execution of automated programmer tests. In this appendix, we introduce NUnit, which is a testing framework for all Microsoft .NET programming languages. Initially ported from JUnit, the current version (2.1.4) is written entirely in C# and has been completely redesigned to take advantage of many .NET language features ”for example, custom attributes and other reflection- related capabilities.

Let s start by creating a new project in Microsoft Visual Studio .NET. Select Visual C# Projects as the type of project and Class Library as the template. Name the project NUnitQuickStart . Figure A-1 is a Visual Studio .NET screen shot that demonstrates this step: 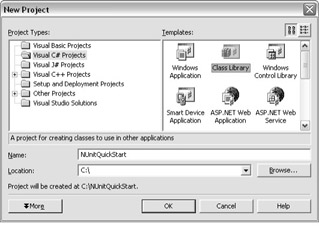 Step 2. Add a reference to the NUnit Framework.

When building this example in Microsoft Visual Studio .NET, you ll need to add a reference to the nunit.framework.dll , as follows :

Figure A-2 demonstrates this step: 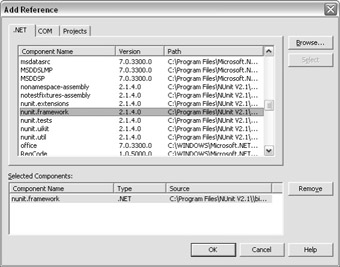 Figure A-2: Adding a reference to nunit.framework.dll to the project

Step 3. Add a class to the project.

Add the NumbersFixture class to the project. Here s the code for this example:

Step 4. Set up your Visual Studio Project to use the NUnit-Gui test runner.

To automatically run the NUnit-Gui test runner from within Visual Studio .NET, you need to set up NUnit-Gui as your startup application. Here s how to do it:

Figure A-3 helps to demonstrate this step: 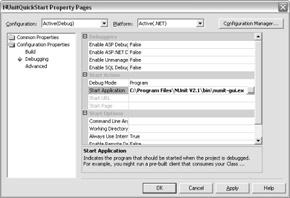 Figure A-3: Setting up NUnit-Gui as the test runner for the project

Step 5. Compile and run your test.

Now build the solution. After it is successfully compiled, start the application; the NUnit-Gui test runner appears. When you start NUnit-Gui for the first time, it opens with no tests loaded. Select Open from the File menu and browse to the location of NUnitQuickStart . dll . When you load the assembly with tests, the test runner creates a visual representation of the tests packaged in the loaded assembly. In the example, the test assembly has only one test, and the test assembly s structure looks something like that shown in Figure A-4. 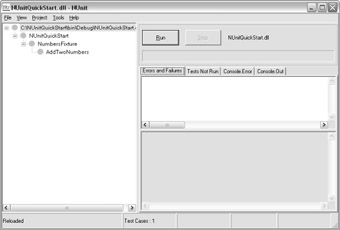 Figure A-4: Visual representation of tests from the NUnitQuickStart test assembly in the NUnit-Gui test runner

Let s take a closer look at the layout of the test runner window. In the center of the right panel, you ll see a test progress bar. The color of this bar reflects the status of the test s execution:

A status bar at the bottom shows the following panels:

The main File menu has the following contents:

The View menu has the following contents:

Now let s have a look at the right panel. You are already familiar with the Run button and the progress bar. There is also a Stop button next to the Run button: clicking this button terminates the execution of the tests being run. Below the progress bar is a text window with the following four tabs above it: