Most internetworks involve at least some remote users. Enterprises need to connect telecom muters and remote offices; ISPs need to take dial-ins from subscribers; and so on. There are two basic kinds of wide area networks (WANs):

The so-called last mile has become a key battleground among internetwork vendors. This is because, with the boom in the Internet, more and more dial-ins are now individuals connecting to their ISPs from home. This includes telecommuters accessing their information on the corporate network, not just Web surfers. A huge technology battle has been ensued as the preferred medium for the last mile. The fray has largely been between DSL and ISDN-two digital telephony technologies. On top of those technologies utilizing the public telephone system, cable TV operators and even satellite companies have joined in, bypassing the telephone grid altogether. In fact, broadband cable is even taking some of the telephone companies' business away from them with home telephone service operating over broadband connections.

Two technologies have been introduced to bring digital bandwidth into the home and small office: ISDN and DSL. ISDN was introduced in the 1980s, but local telephone carriers were somewhat remiss in making it widely available. While not what one would really think of as dial-in, DSL superseded ISDN by delivering better speeds and wider availability.

Dial-in technologies differ from other WAN media in that connections made using them are temporary. In other words, once the computer user has finished with the session, the circuit is terminated by hanging up the telephone. To this day, most homes are connected through analog phone circuits. Because normal lines are analog, they require modems at each end to operate, and for that reason are referred to by some as analog/modem circuits.

The major problem with analog/modem circuits is that they're slow. What slows them down is that the acoustical signals use only a tiny fraction of the raw bandwidth available in copper telephone system cables because they were designed for voice, not data. This is why the state-of-the-art analog home connection is now 56 Kbps-glacially slow compared to 100-Mbps Fast Ethernet now standard inside office buildings.

ISDN, which stands for Integrated Services Digital Network, was proposed as the first digital service to the home. The key improvement over analog/modem lines is that ISDN circuits are digital, and for that reason they use so-called CPEs (customer premise equipment) instead of modems (CPE is an old-time telephony term). 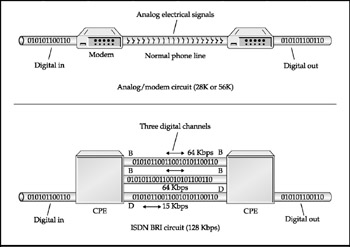 Each B-channel runs at 64 Kbps for a total of 128-Kbps payload bandwidth. Having separate B-channels enhances throughput for symmetrical connections-in other words, sessions characterized by the bidirectional simultaneous flow of traffic. A third channel, called the D (or delta) channel, carries 16 Kbps. The D-channel is dedicated to network control instead of payload data. Separating control of overhead signals enhances ISDN's performance and reliability.

A second kind of ISDN circuit is a PRI circuit (for Primary Rate Interface). PRI is basically the same as BRI, except that it packages up to 23 B-channels plus one 64-Kbps D-channel, for up to 1.544-Mbps total payload bandwidth. Small businesses use PRI circuits to connect multiple users, competing at the low end of T1's traditional market niche.

DSL stands for Digital Subscriber Line. As the name implies, DSL also runs digital signals over copper wire. It uses sophisticated algorithms to modulate signals in such a way that much more bandwidth can be squeezed from existing last-mile telephone infrastructure.

DSL is an inherently asymmetric telecommunications technology. What this means is that data can be moved much faster downstream (from the local phone carrier to your home) than upstream. There are several types of DSL; two are important to this discussion:

The key fact to know is that DSL requires a special piece of equipment called a DSL modem to operate. It's the DSL modem that splits signals into upstream and downstream channels. The major difference with DSL Lite is that the splitting is done at the telephone switching station, not in the home or small office. Figure 2-7 depicts this. 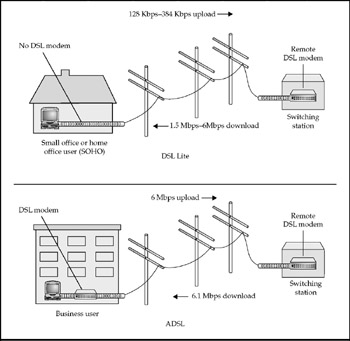 Not requiring DSL signal splitting in the home makes DSL much more affordable than ISDN. To use most DSL circuits, you must be located no farther than about four or five miles from the telephone switching station.

Two more ways to gain dial-in access are more popularly found running into the back of your television set on a length of coaxial cable. Cable modems and satellite connections are gaining popularity as ways to access the Internet at high speeds.

Cable Modem A cable modem connects to an existing cable television feed and to an Ethernet network card in the computer. Though cable modems and dial-up modems provide network access and go by the moniker "modem," the two are very different devices. While they go about their jobs in very different ways, most users will simply recognize this difference primarily in the realm of speed. Top-of-the-line dial-in modems over a Plain Old Telephone Service (POTS) will give up to 56 Kbps. Cable modem downloads range from 384 Kbps to several million bits per second, depending on the service provider and the package purchased.

When cable modems made their debut, there were no standards and different brands of cable modems could not talk to each other. However, the industry eventually united on the Data Over Cable Service Interface Specification (DOCSIS) standard. This allows third-party vendors to make compliant cable modems, and should result in lower equipment costs.

Satellite Connection If cable or DSL aren't options and you still feel the need for speed, you need look no further than the heavens. Satellite connections are ideal for those who want high speed network access but are in locations that are not served by cable or DSL service.

Companies like Hughes Network Systems offer satellite delivery of Internet content. Much like the 18-inch dishes bolted to the sides and roofs of millions of houses for digital television and movies, these services utilize the high-bandwidth broadcasts to deliver high-speed Internet access.

As stated earlier, a trunk is any high-capacity point-to-point data link. Trunks can exist within buildings and office campuses, but they're best known as wide area network links between buildings, cities, regions, and even continents.

WAN technology has evolved markedly over the past decade, and not just with the Internet boom. For example, Frame Relay packet-switching technology proved dramatically less expensive than dedicated leased WAN lines. We'll briefly review the WAN technologies in use today. They all share common characteristics in that they're dedicated circuits (not dial-in and hang-up), with high bandwidth used to connect locations with many users, as opposed to small office/home office sites with one or two users.

Most enterprises are replacing leased-line WAN services with shared infrastructure services. Their primary motive is to save money, but flexibility is also a big benefit.

T1 and T3 are the predominant leased-line technologies in use in North America and Japan today. (There are rough equivalents in Europe called E1 and E3.) A leased-line circuit (or part of a circuit) is reserved for use by the enterprise that rents it-and is paid for on a flat monthly rate, regardless of how much it is used.

T1 uses a telecommunications technology called time-division multiplexing (TDM) to yield a data rate of about 1.5 Mbps. TDM combines streams of data by assigning each stream a different time slot in a set and repeatedly transmitting a fixed sequence of time slots over a single transmission channel. T1 lines use copper wire, both within and among metropolitan areas. You can purchase a T1 circuit from your local phone carrier or rent a portion of its bandwidth in an arrangement called fractionalized T1. Some ISPs are connected to the Internet through T1 circuits.

T3 is a faster option to T1. T3 circuits are dedicated phone connections that carry data at 45 Mbps. T3 lines are used mostly by Tier 1 ISPs (ISPs who connect smaller ISPs to the Internet) and by large enterprises. Because of their sheer bandwidth and expense, most T3 lines are leased as fractional T3 lines. T3 lines are also called DS3 lines.

Frame Relay switches packets over a shared packet-switching network owned by a carrier such as a regional telephone company, MCI, or AT&T. As depicted in Figure 2-8, Frame Relay uses local phone circuits to link remote locations. The long-distance hauls are over a telecommunications infrastructure owned by the Frame Relay provider and shared among a number of other customers. 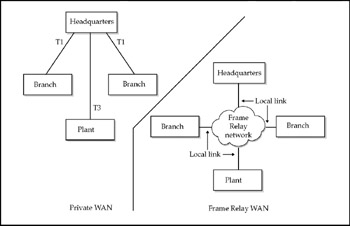 Figure 2-8: Frame Relay can be an efficient WAN link for intermittent traffic

The primary benefit of Frame Relay is cost efficiency. Frame Relay takes its name from the fact that it puts data into variable-sized message units called frames. It leaves session management and error correction to nodes it operates at various connection points, thereby speeding up network performance. Most Frame Relay customers rent permanent virtual circuits, or PVCs. A PVC gives the customer a continuous, dedicated connection without having to pay for a leased line, which uses dedicated permanent circuits. Frame Relay customers are charged according to level of usage. They also have the option of selecting between service levels, where QoS is programmed based on what priority the customer's frames are given inside the Frame Relay cloud.

VPNs, which stand for virtual private networks, are enterprise internetworks operated over the Internet. VPNs work by using encryption to "tunnel" across a given network path in order to reach remote enterprise locations. Encryption is the technique of scrambling data so that only a receiving station with the key to decode it can read it. Other techniques are applied to make sure data integrity is intact (all the contents are still there and unaltered) after a message has traversed a VPN tunnel. Figure 2-9 depicts how an enterprise might use a VPN to interconnect its sites. 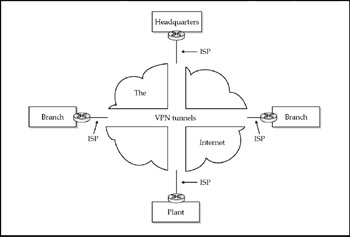 Figure 2-9: VPNs rely on tunneling and encryption to operate over the Internet

A typical VPN scenario is for an enterprise to go to a Tier 1 ISP and purchase network connection to each remote site.

Routers must be configured at each enterprise site to perform the encryption and decryption operations. This is much easier to do than it was a few years ago, because there are many software applications that can help set up a VPN tunnel.