As you saw in Chapter 2, ADO.NET provides components to view data in data-bound controls. You just drag and drop controls to a form, set their properties, and bind them to data-bound controls. Then you're all set to run your programs. The DataView and DataViewManager classes fall into this category. You can use these classes to represent different views of a DataTable based on different filter and sort criterion. You can use these classes either at design-time or at runtime.

A DataSet is a key component in the ADO.NET data model. It's an in-memory representation of one or multiple DataTables, relations, and constraints. A DataSet stores data from a data source and provides data to the client applications (Web Forms or Windows Forms). A DataSet's contents can be bound to data-bound controls. (We discuss the DataSet class in more detail in "The DataSet: The Heart of ADO.NET."

Figure 3-15 shows the relationship between a DataSet, DataTable, DataView, and Windows and Web Forms controls. As you can see, a DataSet contains three DataTable objects, which are represented by three different views. You can bind the three different DataView objects to different data-bound controls to represent data in different ways. 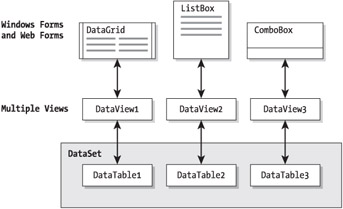 Figure 3-15: Relationship between the DataSet, DataTable, and DataView

The DataSet: The Heart of ADO.NET

A DataSet object plays a vital role in the ADO.NET component model. A DataSet represents a disconnected cache of data in the form of tables, rows, columns, or XML schemas. If you've ever programmed a database application in previous versions of VS, you're probably familiar with recordsets. A recordset object was a way to represent data in your programs. Similar to a recordset, a DataSet represents data in your applications. Once you've constructed a DataSet, you can get or set data in your application or your data source. As mentioned earlier, the DataSet works in both connected and disconnected environments. A DataSet communicates with a DataAdapter and calls the DataAdapter's Fill method to fill data from a DataAdapter. You can fill a DataSet object with multiple tables or stored procedures with the aid of the DataAdapters. You'll see how a DataSet works in a connected environment to access data from multiple data sources in the next chapter. In this section, you'll see how it works with DataTable and DataView objects. (We discuss DataAdapter in more detail in Chapter 4.) Once data is filled to a DataSet from a DataAdapter, you can view it in Windows or Web applications by binding data to data-bound controls through a DataView. You can generate one or multiple views for a DataTables based on the filter and sort criteria.

Figure 3-16 shows the relationship between DataSet, DataAdapter, and DataView objects.

Figure 3-16: The relationship between DataSet, DataAdapter, and DataView objects

As you saw earlier, a DataSet can have multiple DataTable objects. The DataTableCollection object represents all DataSet objects related to a DataSet. The Tables property of the DataSet represents the collection of DataTable objects. The tables relate to each other with DataRelation objects, discussed earlier. DataRelationCollection represents all the available relations in the DataSet. The Relations property represents the DataRelationCollection of a DataSet. A DataSet object stores data in XML format. An XML schema represents a DataSet. A DataSet also defines methods to read and write XML documents. The ReadXml method reads an XML document and fills the DataSet with the XML data, and the WriteXML method writes DataSet data to an XML document. This class also defines the methods ReadXmlSchema and WriteXmlSchema to read and write XML schema.

You just learned how to create a DataSet object. In most cases, you'll probably create a DataSet and use the DataAdapter's Fill and Update methods to fill and save data from a data source. But the DataSet class provides properties that you can get and set as needed.

The DataSetName property represents the name of a DataSet. The following code first sets a DataSet name and then displays it in a message box:

Listing 3-28: Setting and Reading Custom Properties of a DataSet

A CultureInfo object contains the data about a machine locale. The Locale property gets and sets this data. The following code uses this property to read the information:

The Relations property returns a collection of relations that a DataSet has. (We discuss this property in later sections and in Chapter 4.)

Attaching a DataTable to a DataSet

In this code, custTable is a DataTable created using the methods discussed.

The output of Listing 3-29 looks like Figure 3-17. If you click a DataTable link, you can see the data of the DataTable (if it has any). 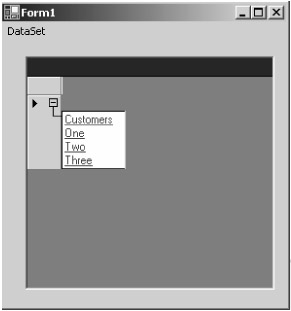 Figure 3-17: Attaching DataTables to a DataSet

Getting Changed Rows of a DataSet

The GetChanges method helps you find the changed data of a DataSet so you can send only changed data back to the data source instead of sending an entire DataSet. It helps to reduce the network traffic and make the save process faster.

The GetChanges method has two overloaded forms. The first form takes no parameters and returns all the results. The second form lets you filter the results based on the row states, and it takes a parameter of type DataRowState.

The HasChanges method determines if a DataSet has any changes since it was last saved or loaded. The following snippet shows how to use the HasChanges and GetChanges methods (you'll see these methods in more detail in Chapter 4).

Merging a DataRow, DataTable, or a DataSet

The Merge method merges two DataSet objects and saves the results in one DataSet. The Merge method has seven overloaded forms. These forms allow you to merge a DataRow, a DataTable, and a DataSet with an existing DataSet. The first parameter of the Merge method is a DataRow, DataTable, or DataSet. The second optional parameter is a Boolean type—a True value indicates that the changes should be preserved and False indicates that changes won't be preserved. The third optional parameter is a type of MissingSchemaAction, which indicates what action should be taken when the schema of added DataRow, DataTable, or DataSet does not match the schema of the current DataSet. The MissingSchemaAction enumeration has four values: Add, AddWithKey, Error, and Ignore. The Add value adds necessary columns to complete the schema. The AddWithKey value adds the necessary information with a primary key. The Error value generates an error. The Ignore value ignores the extra columns.

As mentioned, the Merge method also lets you merge an array of a DataRow or a DataTable object. Listing 3-32 shows you how to merge rows and a DataTable with a DataSet.

Both kinds of DataSet have their own advantages and disadvantages. Typed DataSets take less time to write applications but offer no flexibility. They're useful when you already know the schema of a database. The biggest advantage of typed DataSets is the VS .NET IDE support. As you saw in Chapter 2, you can drag a database table, its columns, or stored procedures to a form in your application, and the IDE generates typed DataSet for you. After that, you can bind these DataSets to the controls. However, there are many occasions when you don't know the schema of a database. In those cases, the untyped DataSets are useful. The untyped DataSets also provide the flexibility of connecting with multiple data sources. And you can use them without the VS .NET IDE.

Another powerful feature of ADO.NET is the ability to create several different views of the same data. You can sort these views differently and filter them on different criteria. They can contain different row state information.

A DataView represents a customized view of DataTable that you can bind to Windows Forms and Web Forms controls. Using DataView sort and filter features, you can also have multiple views of a single DataTable. Using RowFilter and Sort properties, you can apply a filter on a DataView and sort its contents before binding it to a data-bound control. The AddNew method adds a new row to a DataView, and the Delete method deletes a row from a DataView. You can use the Find and FindRows methods to search for rows based on the defined criteria.

The AddNew method of a DataView, which returns a DataRowView, adds a new row to the DataView. The AddNew method is followed by a call of EndEdit. The BeginEdit and EndEdit pair edits the values of a row. The AllowDelete, AllowNew, and AllowEdit properties allow deleting, adding, and updating in a DataView if they're set to True.

The Delete method of a DataView deletes a row specified by the index of the row. The Count property returns the total number of rows in a DataView.

Listing 3-34 uses the previously discussed methods and properties to add, delete, and edit rows of a DataView.

Listing 3-34: Adding, Updating, and Deleting Rows of a DataView

Searching and sorting are two major operations that a DataView does to filter data. The Sort property of DataView sorts rows of a DataView. The Sort property takes a string value, which contains the sort criteria with one or more than one DataTable columns separated by a comma (,) and followed by ASC or DESC, where ASC is for sorting rows in ascending order and DESC for sorting rows in descending order. The following code shows how to use one or more than one column with the ASC and DESC options:

The RowFilter property of a DataView filters the rows depending on the given criteria. The RowFilter takes a criteria, which contains columns and their values. The following code returns all rows that contain Name column values of Miranda:

Besides the Sort and RowFilter properties, the DataView class provides Find and FindRow methods to find rows. The Find method requires a Sort field and takes a parameter of type Object or an array of Object. The FindRow method returns an array of DataRowView, whose column matches the specified sort key value.

Listing 3-35 uses the Find method to find the value "Data Quest" in the column Name, which returns an index of the row.

Listing 3-35: Finding Rows in a DataView Using the Find Method

To construct a DataViewManager, you can either use the Default constructor or pass in a DataSet object. For example:

The DataViewManager has a few properties you need to know about to utilize it effectively. Table 3-11 shows the main properties.

You'll see DataView and DataViewManager objects in the sample applications in Chapter 4.