In addition to challenge and play, games also use several traditional elements of drama to create player engagement with their formal systems. One of the most basic is the concept of premise, which establishes the action of the game within a setting or metaphor. Without a dramatic premise, many games would be too abstract for players to become emotionally invested in their outcome.

Imagine playing a game in which you are a set of data. Your objective is to change your data to increase its values. To do this, you engage other sets of data according to complex interaction algorithms. If your data wins the analysis, you win. This all sounds pretty intangible and rather boring, but it's a description of how a typical combat system might work from a formal perspective. In order to connect players to the game emotionally, the game designer creates a dramatic premise for the interaction that overlays the formal system. In the previous example, let's imagine you play a dwarf named Gregor rather than a set of data. You engage an evil wizard, rather than an opposing set of data, and you attack him with your broadsword, rather than initiating that complex interaction algorithm. Suddenly, the interaction between these two sets of data takes on a dramatic context over and above its formal aspects.

In traditional drama, premise is established in the exposition of a story. Exposition sets up the time and place, characters and relationships, the prevailing status quo, etc. Other important elements of story that may be addressed in the exposition are the problem, which is the event that upsets the status quo and creates the conflict; and the point of attack, which is the point at which the problem is introduced and the plot begins. While there's not a direct one-to-one relationship, these last two elements of exposition are mirrored in our definition of formal game elements by the concepts of objective and starting action discussed in the previous chapter.

To better understand premise, let's look at some examples from well-known stories from films and books rather than games:

In Star Wars, the story is set in a far away galaxy. The protagonist, Luke Skywalker, is a young man who wants to get away from his uncle's remote farm and join the interstellar rebellion, but responsibility and loyalty hold him back. The story begins when his uncle buys two droids carrying secret information that is critical to the rebellion.

In The Fellowship of the Ring, the story is set in Middle-earth, a fantasy world of strange races and characters. The protagonist, Frodo Baggins, is a young Hobbit who is happy right where he is-at home. The story begins when Frodo inherits a ring from his uncle, which turns out to be a powerful artifact, the existence of which threatens the safety of all of Middle-earth.

In Die Hard, the story is set in a modern office tower in downtown Los Angeles. The protagonist, John McClane, is an off-duty New York City police officer who is in the building trying to make amends with his estranged wife. The story begins when the building's taken over by terrorists and McClane's wife is taken hostage.

These are each examples of how premise is defined in traditional stories. As can be seen, the premise sets the time and place, the main character(s) and objective, as well as the action which propels the story forward.

Now, let's look at examples of premise from games that you may have played. In a game, the premise may be as complex as those previous, involving characters with dramatic motivations, or a game's premise may simply be a metaphor overlaying what would otherwise be an abstract system.

First, here is a very simple game premise: in Space Invaders, the game is set on a planet, presumably Earth, which is attacked by aliens. You play an anonymous protagonist responsible for defending the planet from the invaders. The story begins when the first shot is fired. Clearly this premise has none of the richness that we see in the earlier stories. It does, however, have a simplicity and effectiveness that made it very powerful as a game premise. No player needed to read the backstory of Space Invaders to feel the tension of the steadily approaching aliens.

Now, let's look at some games that have attempted to create somewhat more developed premises. In Pitfall, the game is set in the 'deep recesses of a forbidden jungle.'[11] You play Pitfall Harry, a 'world famous jungle explorer and fortune hunter extraordinaire.' Your goal is to explore the jungle and find hidden treasures, while surviving various hazards like holes, logs, crocodiles, quicksand, etc. The story begins when you enter the jungle. 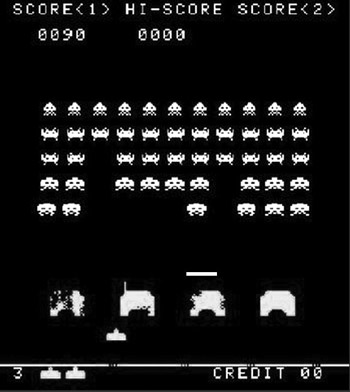 In Diablo, you play a wandering warrior who arrives in the town of Tristram, which has been ravaged by Diablo. The townspeople ask for your help in defeating Diablo and his undead army, ensconced in the dungeon beneath the church. The story begins when you accept the quest.

In Myst, the game is set on a strangely deserted island filled with arcane mechanical artifacts and puzzles. You play an anonymous protagonist with no knowledge of Myst Island or its inhabitants. The story begins when you meet Sirrus and Achenar, two brothers trapped in magical books in the island's library. The brothers, who accuse each other of betrayal, each need you to find some missing 'pages' of their books to help them escape, but both warn you not to help the other brother.

Write out the premise for five games that you've played and tell us how this premise enhances the game.

The first task of a premise is to make a game's formal system playable for the user. Rather than shooting at abstract blocks on a screen, players shoot at aliens in Space Invaders. Rather than searching for a generic resource worth 5000 points, players look for diamond rings in Pitfall. Beyond simply concretizing abstract system concepts and making the game playable, a well- thought out premise can also create a game that appeals to players emotionally.

For example, the premise of Myst not only sends the player on a quest to find the missing pages of one or both of the brothers' magical books, but it also implies that the brothers are not to be trusted and one or both of them may be duping the player. This makes the experience richer for the player, who must determine, by clues found in each age, which, if either, brother to help.

Creating a premise that unifies the formal and dramatic elements is another opportunity for the game designer to heighten the experience of players. As digital games have evolved, more and more designers have begun to make use of more elaborate premises in their designs, which, as we'll see, have evolved to the point where they can be considered fully realized stories.