The Configuration of Inter-Organizational Systems

An IOS can be configured in various ways. It can be set up as one-to-one (a typical buyer–seller system), one-to-many (a marketing or purchasing system), or many-to-many (electronic markets), depending on the interaction patterns between the participants. The IOS can also be configured according to the type of dependence existing between the firms joining the network. Pooled interdependency requires a star-like configuration in which data movement is directed toward the central hub. With an IOS using sequential interdependency, nodes are arranged in a straight line, where the output of one node becomes the input of the next. The reciprocal interdependent system necessitates a complex IOS in which participants are interdependent. The existing views of the IOS configuration focus on the physical interconnection of, and data flows between, participating firms. 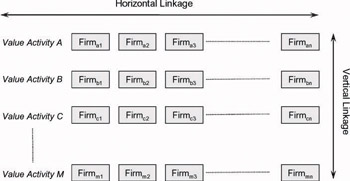 Figure 1: Horizontal and vertical linking of firms over an IOS

Thus, the way that an IOS is configured is associated with its purpose or the strategy. For example, organizations are horizontally connected for cooperation between competitors. On the other hand, organizations seek vertical interconnection when it is important to team up with buyers, sellers, or organizations that provide complementary products or resources.