A Framework for Inter-Organizational Systems

Here, we use the concept of horizontal and vertical linkages to gain a perspective on IOS configuration and develop a new framework for classifying IOS, with emphasis upon participants: customers, suppliers, affinity organizations, or competitors (Tapscott & Caston, 1993). Meanwhile, an IOS can be viewed in terms of its system support level: operational or strategic. Farbey, Land, and Targett (1995) suggested that operational applications focus on process automation and primarily aim at saving time and costs, while strategic applications are intended to achieve strategic goals and have the potential to transform entire businesses. The system might have been motivated either by the need to impact the way that the operations are performed or by the need to utilize the resources of multiple organizations strategically. Thus, our framework consists of two dimensions, role linkage and system support level, as shown in Figure 2. 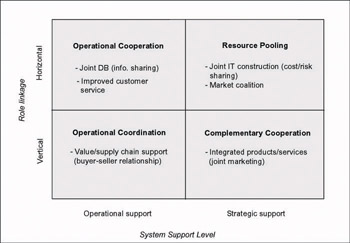 Figure 2: A framework for inter-organizational systems

Herein we draw distinctions between differing values of each dimension, to provide a logical basis for our framework.

The Four Categories of IOSs

Belonging to this category are those IOSs that link the participants performing common value activities (i.e., rival firms) in order to permit risk- or cost-sharing by pooling their resources. This type, in general, aims at forming a coalition to compete with large firms or in expanding markets.

This category represents a form of cooperation between firms playing different roles in an industry value chain; it allows them to expand the business capacity beyond the limit of the resources possessed by a single firm, thereby enlarging its “virtual resources.” The prime purpose of this partnership is market access via complementary advantages.

This type of IOS brings together firms in a common value chain primarily to improve the quality of service or to share information of common interest. Thus, by agreeing with rivals to collaborate on some common operations, firms can together create a huge virtual organization that allows them to operate as though they were a single company.

An IOS can be configured to interconnect differing roles played by firms serving an industry value chain so as to increase the operational efficiency.