1. What are trademarks and service marks?

A trademark is a distinctive word, phrase, logo, graphic symbol or other device that is used to identify the source of a product or service and to distinguish a manufacturer’s or merchant’s products from anyone else’s. Some examples are: Ford cars and trucks, IBM computers and Microsoft software. In the trademark context, “distinctive” means unique enough to reasonably serve as an identifier of a product in the marketplace.

A trademark can be more than just a brand name or logo. It can include other non-functional but distinctive aspects of a product or service that tend to promote and distinguish it in the marketplace, such as shapes, letters, numbers, sounds, smells or colors. Titles, character names or other distinctive features of movies, television and radio programs can also serve as trademarks when used to promote a product. 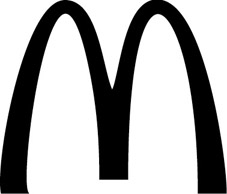