The Bourne Again Shell (bash) is a user interface to the Linux operating system. You use bash commands to run programs, manage your files, and interact with your hardware through the Linux kernel. You can configure bash with a number of local and system-wide files and variables .

Shells such as bash are also known as command-line interpreters, which is a user interface that responds to specific commands, such as ls , cd , or cp . Shells also respond to programs or scripts that you create.

As you move around the command line, keep in mind that Linux is case sensitive. In other words, the ls command lists the files in your current directory, whereas the LS, Ls, or lS commands are meaningless in any current Linux shell.

Two ways the bash shell can help you are based on its history of previous commands and the ease with which you can complete a longer command. These characteristics are known as interactivity and command completion .

Interactivity allows you to run through previous commands. It also allows you to interact with current commands. You can use basic keys, such as the Home and arrow keys, to correct typos; alternatively, you can even use commands that you ve used in a text editor. 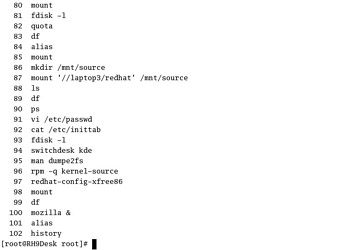 Figure 8.1: A history of previous commands

Alternatively, if you remember the first letter of a recent command, use an exclamation point ( ! ) to recall that earlier command. For example, based on the output of the history command shown in Figure 8.1, if you type !r the shell recalls the last time you used a command that started with the letter r ”in this case, redhat-config-xfree86 ”and runs that command.

This feature is flexible; you can add a bit more information, such as !rp . Based on the history shown in Figure 8.1, the shell would respond by running the rpm -q kernel-source command. The feature lets you go back quite a bit. If you type the env more command, you should find a HISTSIZE=1000 line, which means that you can go back and rerun any of the past 1000 commands.

You can also interact with the details of a current or a previous command. For example, take the following command, which includes a typographical error:

Alternatively, you can use the commands that you know in a text editor. For example, if you want to set vi as the default command-line editor, run the following command:

Now you can use vi editor commands. By default, you re in insert mode at the command-line interface. As we discussed in Chapter 06 , you can switch to command mode by pressing the Esc key. Then you can apply the vi commands of your choice to that line. Some useful vi commands not described in Chapter 06 are shown in Table 8.1.

Remember, other vi commands are available as well, such as cw , which deletes the current word and starts insert mode.

The bash shell allows you to use the Tab key to complete commands. You need to type only part of a command. For example, to use the ypdomainname command to find the NIS domain name for your system, type the following letters :