The library list can have a maximum of 265 names and is always scanned from top to bottom. As soon as the system finds the object it is looking for in one of the libraries in the list, it searches no further. Therefore, the scanning process always stops at the first match.

The library list consists of two parts: the system portion and the user portion. In addition, up to two product libraries and the current library can sit in between. The setup is shown in Figure 19.3. 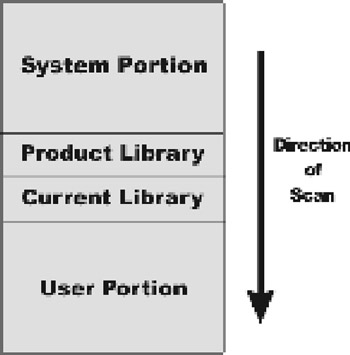 Figure 19.3: The system scans the library list in this order.

Remember that the change you make in system value QSYSLIBL doesn't affect jobs that are already running. The change only affects new jobs initiated from that moment on.

For example, you could create job descriptions for different people and provide a different set of libraries in the INLLIBL parameter, which lists the user portion of the library list only. The INLLIBL parameter can have special value *SYSVAL. In this case, the system uses the default set in system value QUSRLIBL for INLLIBL.

When you manipulate objects, you must tell the system which library contains the object you are manipulating. For example, suppose you want to delete a data area named COMPANY. The system could have any number of data areas all named COMPANY, located in different libraries. How would the system know which one to delete?

You can send the system to the right data area in two ways: by qualifying its name with the name of the library where it resides, or by qualifying it with *LIBL, as follows:

In the first case, the system expects to find data area COMPANY in library MYLIB. If COMPANY is not there, the DLTDTAARA command ends in error.

You also can use *CURLIB, if you want to manipulate an object you know is in the current library, as follows:

Finally, you can omit the library qualifier altogether, as follows:

This is equivalent to using *LIBL, because the library name defaults to *LIBL in the DLTDTAARA command. Some commands default to *CURLIB. You should always make sure you know what the default value is before you use it.