The short answer is, it's an API designed to work within Microsoft's .NET framework. In order to handle data interactions on the web and support XML, ADO.NET allows ASP.NET developers to use an OLE DB (Object Linking and Embedding Database) connection to access any type of data- a database, a text file, XML data, and so on. As such, ADO.NET introduces a number of new data access objects to support its new disconnected data model. Disconnected refers to the new way ADO.NET creates and relinquishes a DataSet. As you know, one of the traditional behaviors of ADO was to create a recordset with a live connection to a database. Any change you apply to a row or a column in the recordset you could immediately apply to the database. However, the recordset was a static collection of data independent of any relationships it may have had in the database.

ADO.NET instead uses XML to transfer an independent representation of data to an application through a DataSet. A DataSet is a memory-only copy of the data. Therefore, modifying the data in a database is a two-step process-first apply the modifications to the DataSet and then apply the DataSet to the database.

As you know, the .NET framework is structured around namespaces, which organize components into groups based on functionality and purpose. You can quickly add functionality to your .NET applications simply by loading a namespace. A .NET namespace is simply a library, or a collection, of objects. It's therefore not surprising that to establish easy access to data connections and data objects, Microsoft has organized ADO.NET into namespaces. You'll find ADO.NET separated into three .NET namespaces-System.Data, System.Data.OLEDB, and System.Data.SQLClient. The System.Data namespace allows you to create and manage ADO.NET data objects, and the System.Data.OLEDB and System.Data.SQLClient allow you to connect to OLE DB data sources and to Microsoft SQL Server.

As we've mentioned, the DataSet is an independent representation of data pulled from a data source. The DataSet completely replaces the Recordset object used in traditional ASP and ADO. Although useful in its time, the Recordset could not deal with multiple sets of data or maintain data relationships. The DataSet can not only manage multiple sets of data, but maintain complex data relationships between those sets of data. In addition, the DataSet provides a consistent programming interface for developers to access any type of data. As shown in Figure 15.1, the DataSet itself is made up of a hierarchy of objects. 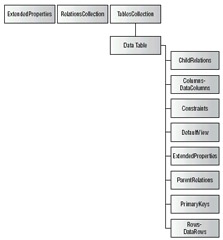 Figure 15.1: The hierarchy of objects in a DataSet

Yes, we know. Object hierarchies don't make a lot of sense until they are put into perspective. Imagine a neighborhood yard sale at your house. You and your neighbors bring items and drop them on a clothes table and a toys table. Obviously, someone must keep track of each item and its relationship-who originally owned the item and the purchase price once it's sold. The DataSet can accomplish all this.

The clothes table and the toy table are represented in a DataSet by a Clothes DataTable object and a Toys DataTable object in the TablesCollection object. In addition, there is an Owner Data- Table object. To define the relationships between the three data tables, the DataSet uses custom DataRelation objects held in the RelationsCollection object. The RelationsCollection object allows you to select from each table through simple queries. You no longer are required to craft complex joins to simply interact with data. The DataRelations object manages all the constraints and relations between the data tables.

Although simplistic and perhaps forced, our neighborhood yard sale example effectively illustrates the potential of the ADO.NET DataSet. The DataSet is indifferent to where the information items come from, how they were and are used, or where the data is going. The DataSet only cares how data is defined and related within its framework-which you specify, of course.

Creating a DataSet in Memory

To demonstrate how to create a DataSet, let's take a look at an ASP.NET script page that creates a new DataSet in memory and fills it with data sans any connection to a database. To make matters simple, let's create the Owner's table we mentioned in our earlier neighborhood yard sale example. Listing 15.1 shows the sample ASP.NET VB.NET script file.

As you can see, the first step is to identify VBScript as the language we'll be using in this ASP.NET script page. Next, we import the appropriate namespaces to create our DataSet and eventually establish a connection to a database. To do so, we use the following lines:

At this point, we need a page event that loads and executes our DataSet code. For that, we use the

Page_Load event. As you recall from the ASP.NET chapter, the Page_Load event is triggered every time a page is loaded. The following code creates the event response.

Now create a DataSet object to eventually hold a DataTable object called Owner inside the Page_Load procedure. Next, create three columns in the Owner DataTable-OwnerID, FirstName, and LastName. Adding columns requires two parameters, the column name and data type. Notice that we use the AutoIncrement command to set the OwnerID column to increment automatically

The next few lines add the Owner DataTable to the DataSet and set the OwnerID column as the PrimaryKey.

The final step is to create a DataRow object, fill it with data, and add it to the DataTable. The following lines accomplish this:

Creating a DataSet from a Data Source

Now we've created a DataSet in memory that your ASP.NET script page can access, manipulate, and even send to a database. You've got to admit, creating a DataSet and adding DataTable objects is rather easy. Let's move on to pushing data from a database into a DataSet. To demonstrate, we'll create a script page that pulls the CategoryID and Category columns of data from the tblCategories table in our sample Books database. You can see the code in Listing 15.2.

As before, the script file begins by defining the default language and importing the Data and Data.OLEDB namespaces that allow us to create DataSets and connect to our database. Also as before, we position our DataSet code inside the Page_Load event. Next, we introduce two new objects to connect and pull data from our database-the OleDBConnection object and the OleDBDataAdapter object. Obviously, the OleDBConnection object creates the connection to our database. The OleDBData- Adapter object allows us to pass an SQL command to the database and retrieve data. As you can see in the code, the following lines create our data connection to an SQL Server version of our Books database.

Then we use the OleDBDataAdapter object in the following lines to pass an SQL statement and return data.

Dreamweaver MX uses a custom tag to allow you to simplify the normal demands of coding an ASP.NET DataSet. MM:DataSet allows you to easily script and use DataSets in your ASP.NET pages. MM:DataSet also allows you to omit most of the required ASP.NET DataSet properties by setting these properties for you. The only required properties are ConnectionString, CommandText, and the standard RunAt ASP.NET setting. ConnectionString defines the connection to your database.

CommandText defines the SQL statement or stored procedure to pull data from your database through the database connection. RunAt is the ASP.NET setting instructing the server to run the control at the server. Besides these three required properties, there are a multitude of other properties you should know in order to take full advantage of the MM:DataSet custom tag. Table 15.1 describes the MM:DataSet properties.

Listing 15.3 shows the Dreamweaver MX-generated code that is inserted into your script page. In addition, Dreamweaver MX inserts the DS in the Bindings panel, as shown in Figure 15.4. 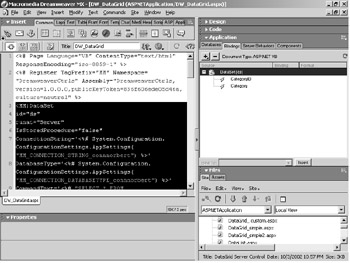 Figure 15.4: The DataSet shown in the Bindings panel