Based on the design considerations described in the previous section, we conducted three different sub-experiments varying the structural design and noise parameters in a two-layer network. Table 2 and Table 3 illustrate the results of different structural designs for our three sub-experiments for network training on 30 cases and testing the trained network on 10 unseen cases, respectively. The first two sub-experiments represent the hidden number of nodes of 7 and 4 in a two-layer network. The numbers 7 and 4 were chosen to represent (2n+1) and (n+1) heuristic where n is the number of input nodes. No difference in prediction accuracy and RMS during the learning phase was noticed for first two sub-experiments. Since 4 node network represents a smaller network that would converge quickly, in our third experiment, we experimented with adding random input and weight noise (values shown in Table 2) during the training phase of the network.

The test results of the three trained networks for three sub-experiments on the 10 unseen cases, shown in Table 3, show that the network trained with noise showed higher prediction accuracy and higher RMS error. We plot the training and test results of our third experiment with 4 hidden layers and random input and weight noise in Figures 2 and 3, respectively. 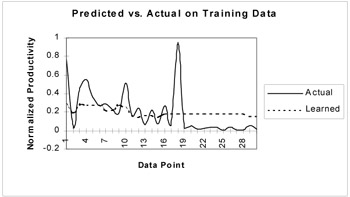 Figure 2: The performance comparison between the actual effort and network learned effort at convergence 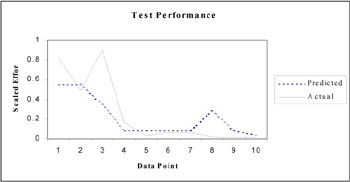 Figure 3: The performance comparison between the actual effort and network predicted effort

Table 4 illustrates the t-test results on difference of means for actual effort and connectionist model learned and predicted effort on training and test data set.

As described above, our forecasting model during the application of evolutionary learning was represented as:

The set of coefficients, wi, ∀i ∈ {1, 2, 3, 4, 5, 6} were represented as the population members. The model starts with a number of (equal to the population size=100) random feasible values of wi. The fitness of each population member is calculated by the value of objective function (Z). Since the objective was to minimize the forecasting error, we modeled our fitness function as, where k1 was a constant positive number set equal to 10 and actual effort and predicted effort referred to the actual effort in the data set and the predicted effort of a given population member. The objective function was designed to always give positive fitness score for all feasible values of actual and predicted software effort. Crossover and mutation operators are applied in successive generations to explore promising solutions. The crossover rate was set equal to 0.3 and the mutation rate was set equal to 0.1. The feasibility of solutions during the mutation and crossover is maintained using a closed set of operators over the real valued interval of [-1, 1]. For example, if a particular variable say, wp of a solution vector (population member) X is mutated, the system examines the current domain of wp dom(wp) and the new value is taken randomly from this domain. A single-point crossover operator was used to ensure feasibility of the offspring after the crossover. If X and Y are two solution vectors (population members) such that X, Y ∈ F (where F ∈ [-1, 1] is a feasible search space and F ⊆ Rn denotes the search space) then the single-point crossover always yields a feasible solution ∀wi ∈ [-1, 1].

For the best population member, we plotted the predicted software effort and the actual software effort in the data set. Figure 5 illustrates the result of our plot. The RMS was equal to 0.197, which was lower than that obtained with a similar experiment using the connectionist model. This indicated that the evolutionary model provided a better fit for the training data set. 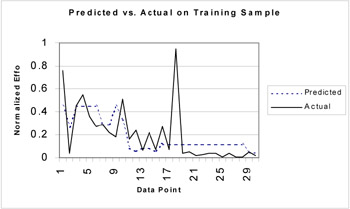 Figure 5: The Performance Comparison between the Actual Effort and the Model Predicted Effort for the Best Fitness Population Member.

Using the best population member we predicted the effort for the test data as well. Figure 6 illustrates the result of our plot. The RMS for the test data set was equal to 0.139 and, when compared to the no-noise case of the connectionist model experiment, the fit was not as good. 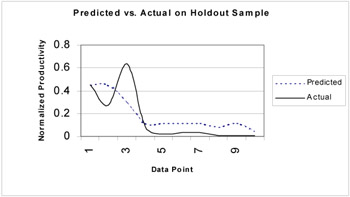 Table 5 illustrates the result of our t-tests for null hypothesis of no difference in means for actual software effort and predicted software effort using the best population member. For both training data and test data sets, at 0.05 level of significance, the null hypotheses were retained. This provides an evidence that evolutionary model learned and forecasted the software effort correctly.