In March 1997 an experienced game designer, John Romero, from the team that created the first-person shooter Doom, and his staff (equally famous and talented) began Daikatana (a Japanese word for “big sword”). 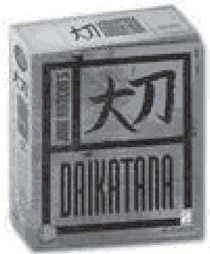 Like Doom, Daikatana was touted as the next super game. Its designer, John Romero, was quoted as saying “Daikatana is a super-fast, Doom-style blast-a-thon. If people don’t like it, they don’t need to buy it.”

Daikatana was an FPS time-traveling game that was marketed early on by publisher Eidos Interactive. The ads that ran in magazines stated, “John Romero’s about to make you his bitch. Suck it down.” With delay after delay and two years late, reports of staff conflict and mass exodus of team members didn’t help, and the public’s anticipation turned sour. Romero’s attitude of “Damn the lot of you” was not the way to turn the situation around.

A release in March 1997 of Daikatana would have had the game ahead of the pack in gameplay and technology (using the Quake 2 engine). Being released two years later with the Quake 3 engine available, the game seemed simple and not what one would expect from the hype and its famous designer from id Software.

Lesson: The Dream Team can easily turn into a dictatorship nightmare. (See Pedersen Principle 2: No Designer or Producer Is an Island.) A designer must respect the team and the audience. “Hard work and great gameplay, not hype” should be written on the designer’s wall.