The X Window System created a great opportunity for games in Fedora and other UNIX systems to become graphical based rather than character based. So, instead of having little character symbols representing robots and arrows, the games could actually show pictures of little robots and arrows.

A lot of diverting games come with Fedora and run in X. Unless otherwise noted, all of the X games described in this section are free. Also, the GNOME and KDE environments that come on the DVD (described in Chapter 3) each has a set of games associated with it.

The GNOME games consist of some old card games and a bunch of games that look suspiciously like games you would find on Windows systems. If you are afraid of losing your favorite desktop diversion (such as Solitaire, FreeCell, and Minesweeper) when you leave Windows, have no fear. You can find many of them under GNOME games.

Table 7-1 lists the games available by selecting Games from the red hat menu. In this release, many KDE games (shown in Table 7-2) are also on this menu.

If you install KDE, there are a bunch of games in the kdegames package. If you did not install the KDE desktop, you can install the kdegames package separately from the DVD that accompanies this book. To see the KDE games (along with some GNOME games) on the red hat menu, select Games, then choose the game you want. The games available in KDE are listed by category in Table 7-2.

The games on the KDE menu range from diverting to quite challenging. If you are used to playing games in Windows, KMines and Patience will seem like old favorites. KAsteroids and KPoker are good for the mindless game category. For a mental challenge (it’s harder than it looks), try KSokoban. For a challenging multiuser game on the GNOME menu, try Freeciv. For chess enthusiasts, there is Chess (xboard version of gnuchess).

The following sections describe a couple of the more interesting games that come with Fedora. First is the xboard game and some related chess programs. Next is a description of Freeciv.

Chess was one of the first games played on computer systems. While the game hasn’t changed over the years, the way it’s played on computers has. The set of chess programs that come with Fedora let you play against the computer (in text or graphical modes), have the computer play against itself, or replay stored chess games. You can even play chess against other users on the Internet using Internet Chess Servers (ICS).

The xboard program is an X-based chess game that provides a graphical interface for gnuchess. GNU Chess (represented by the gnuchess package) describes itself as a communal chess program. It has had many contributors, and it seeks to advance a "more open and friendly environment of sharing" among the chess community. With xboard, you can move graphical pieces with your mouse. To play against the computer, click Games ® Chess from the Red Hat menu, then start by just moving a piece with your mouse. While in the xboard window, select Mode ® Two Machines to have the computer play itself. Select File ® Load Game to load a game in Portable Game Notation (PGN). Figure 7-1 shows the xboard window with a "Two Machines" game in progress. 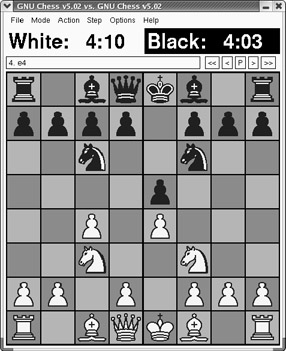 Figure 7-1: In the xboard window, you can set xgame to either play against the computer or to replay saved games.

You can use xboard to play online against others by connecting an xboard session to an Internet Chess Server (ICS). To start xboard as an interface to an ICS, type the following command line:

In this example, name should be replaced by the name of the ICS host (see the list of hosts below). In ICS mode, you can just watch games, play against other users, or replay games that have finished. The ICS host acts as a gathering place for enthusiasts who want to play chess against others on the Internet, watch games, participate in tournaments, or just meet chess people. Here is an example of starting an ICS session at chess.net from a Terminal window:

After pressing Enter, you are logged into the chess server as a guest. The xboard window opens on your screen. Keep an eye on the Terminal window where you started the session. Someone will probably challenge you to a game within a few moments. For example, if a challenge ended with "Type '/accept 102' to accept the sought challenge," you would type:

You can begin playing. To learn more about how to play, visit http://chess.net/help. Select the Beginners Manual to start. Other chess servers you can try include the Internet Chess Club (ICC) at chessclub.com or Free Internet Chess Server at freechess.org.

With Freeciv, you create a civilization that challenges competing civilizations for world dominance. Freeciv is a free clone of the popular Civilization game series from Atari. A commercial port of Civilization Call to Power to Linux was created a few years ago by Loki Games (described later in this chapter).

The version of Freeciv that comes with Fedora contains both client software (to play the game) and server software (to connect players together). You can connect to your server and try the game yourself or (with a network connection) play against up to 14 other players on the Internet.

You can start Freeciv from the Red Hat menu (as a non-root user) by clicking Games ® FreeCiv (Isometric tile set). If Freeciv doesn’t start, try starting it from a Terminal window by typing:

Figure 7-2 shows the two windows that appear when you start Freeciv. The Connect to Freeciv Server window contains your user name, host name, and port number. The Freeciv window is where you play the game. 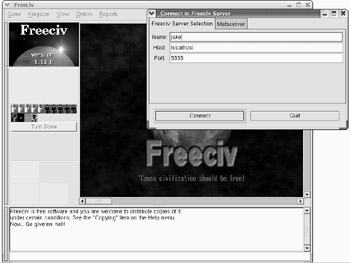 Figure 7-2: Play Freeciv to build civilizations and compete against others.

You can play a few games by yourself, if you like, to get to know the game before you play against others on the network. The following procedure describes how to start your first practice Freeciv game.

Check out the Freeciv window. Here are things you should know before you start the game. (You can find more help at the Freeciv site: www.freeciv.org.)

The Unit box shows information about your current unit. You begin with two Settlers units and one Explorer unit.

Start building your civilization. Here are things to try, as suggested by the Freeciv manual:

To begin exploring, move the Settler.

Now that you have some understanding of the controls and actions, the game can begin taking a lot of different directions. Here are a few things that might happen next and things you can do:

You should be familiar with some of the actions of Freeciv at this point. To learn some basic strategies for playing the game, choose Help ® Help Playing.